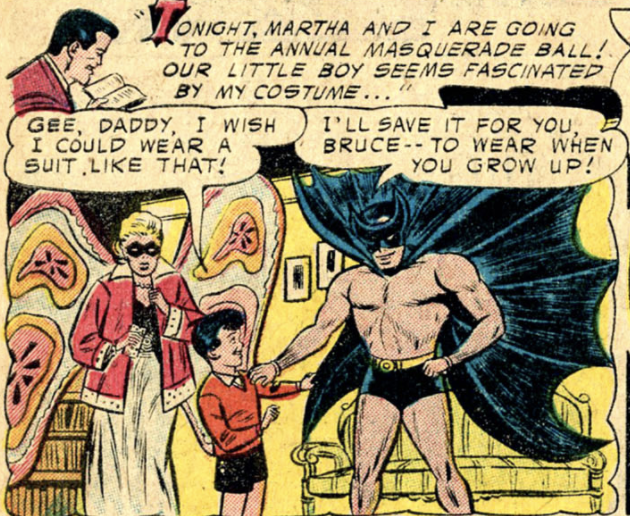 In Detective Comics #235 (July 1956), Bruce and Dick are cleaning out the attic when they discover an older bat costume and evidence that Bruce’s father, Thomas Wayne, originally wore a bat costume to a masquerade party wherein he foiled a crime by a mob boss, Lew Moxon. It is later revealed that Lew Moxon hired Joe Chill to exact revenge on Thomas Wayne and make it look like a simple robbery.