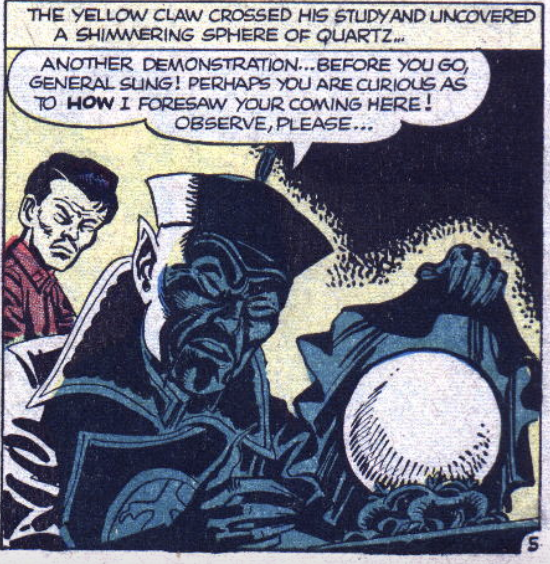 Although Atlas/Marvel had largely given up on superheroes by 1956, there was an attempt at a super-villain-like character in The Yellow Claw (June 1956). The Yellow Claw was 150 years old, as well as a genius with supernatural powers allowing him to see into the past and future. He was opposed by Jimmy Woo, an FBI officer in the United States who made further appearances in the Marvel universe and has been seen on film in Ant-Man & the Wasp and WandaVision.