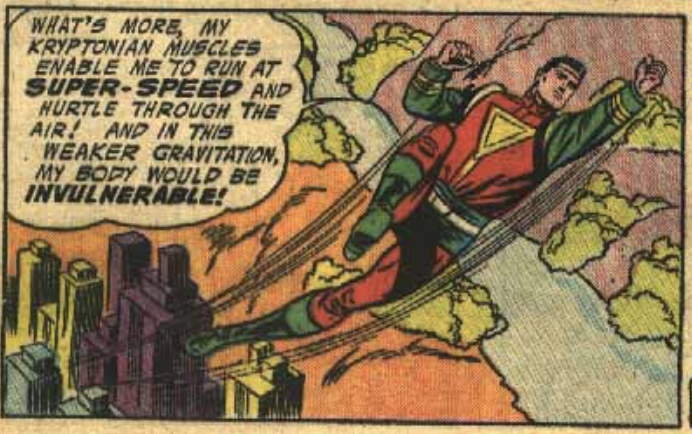 Action Comics #223 (October 1956), brings us another super-coincidence, as Superman discovers a chunk of Krypton that happens to contain the laboratory of Jor-El, including his journal and films of his exploits. Superman is discovers that before he sent his son to Earth, he had built an “Earth valley” on Krypton to explore how Kryptonians would be affected by Earth’s environment. While there, Jor-El battles prominent Kryptonians who seek to become “super tyrants” on Earth.