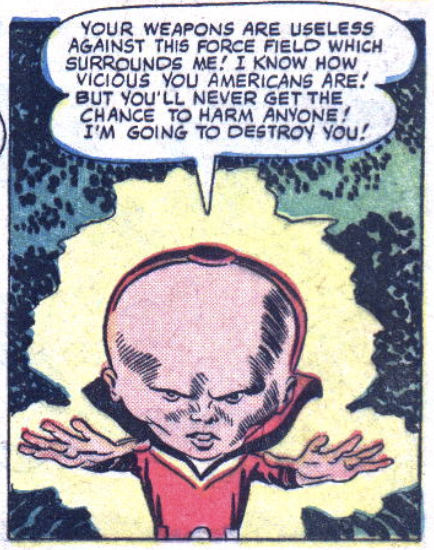 Jack Kirby continues to lay the groundwork for the Marvel era. In Yellow Claw #3 (October 1956) an alien named UFO from Alpha Centauri is befriended by the Yellow Claw and turned against Americans. He has the ability to manipulate tremendous cosmic energy, which he yields against the Americans until he is shown the error of his ways by Jimmy Woo and his girlfriend Suwan. Having become fed up with a race that lies, he leaves Earth in anger.