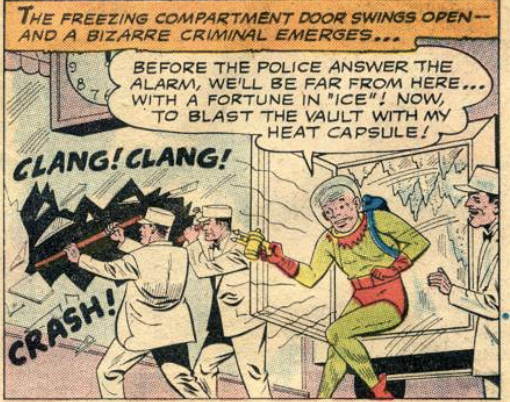 By the end of 1958, DC starts to really focus on giving their superheroes more interesting villains to fight. Batman #121 (Dec 1958) introduces Mr. Freeze, though he is called Mr. Zero in this first story, “The Ice Crimes of Mr. Zero”. He is an unnamed criminal scientist who had an unfortunate accident that forced him to leave in a frigid environment and gave him an obsession with all things cold and ice. After Batman and Robin defeat Mr. Zero, he discovers that he can now breathe normal air again from exposure to steam.