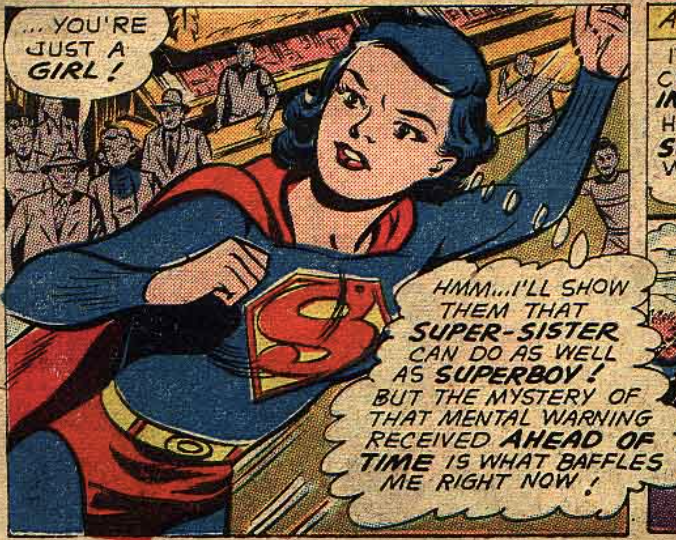 In Superboy #78 (Nov 1959), Superboy encounters an alien girl and makes a misogynistic comment about female drivers. For payback, the girl transforms Clark into a girl. He calls himself “Claire Kent” and acts as “Super-Sister”, claiming she is Superboy’s sister. In the end, Clark learns his lesson because he knows what it’s like to be treated rudely just because he’s female, but it turns out it was all just in his mind.