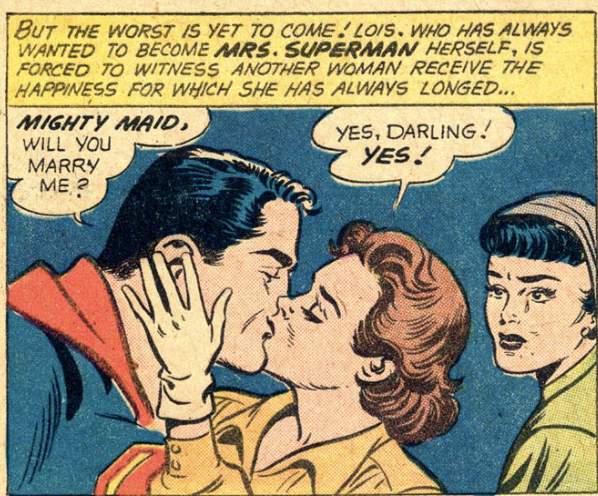 In Action Comics #260 (Nov 1959), Lois is saved by a new super-woman appearing in Metropolis and calling herself Mighty Maid. Mighty Maid claims to be from the “fourth dimension” and wouldn’t you know it, Superman falls head over heels for her. He eventually proposes to her and they agree to leave Earth forever – cue heart-break for Lois as usual.

Of course it’s all a super-ruse. Superman had discovered aliens who held a grudge against Kryptonians and intended to destroy Earth because it housed the last son of Krypton. Mighty Maid turns out to be Supergirl in makeup and … prosthetics? Of course no one addresses the ewww in the room of a thirty-year old man making out with his fifteen-year old cousin.