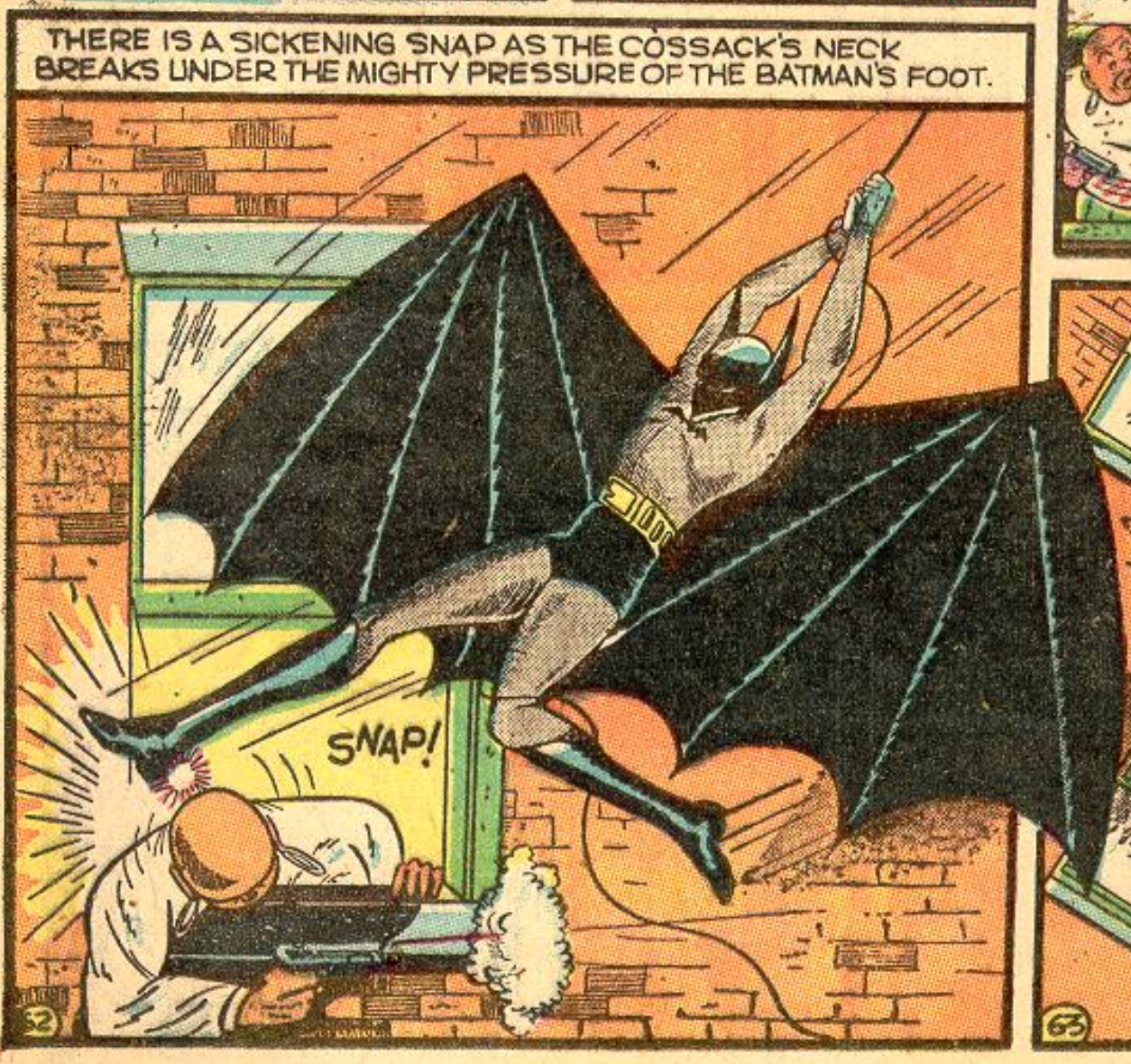 By the fourth Batman story in Detective Comics #30 (July 1939), Bob Kane had lengthened the cowl’s ears and straightened them, giving The Batman a more streamlined and deadly appearance, despite the stiff, winged-looking cape. The comics from the 1980s and early 1990s featured a return to the look of this cowl and I loved it.

This story was written by Gardner Fox and features the return of Doctor Death, who survived the fire at the end of the last story. In it, the Batman (accidentally?) kills Doctor Death’s henchman defending himself.

We still don’t get any indication in this story of why Bruce Wayne is out there in a crazy bat costume beating up the baddies and I think that’s part of the appeal. Another way mystique is built up around The Batman is that he is never referred to as “Bruce” or “Wayne” while in his costume, almost as if he is some elemental force of justice.