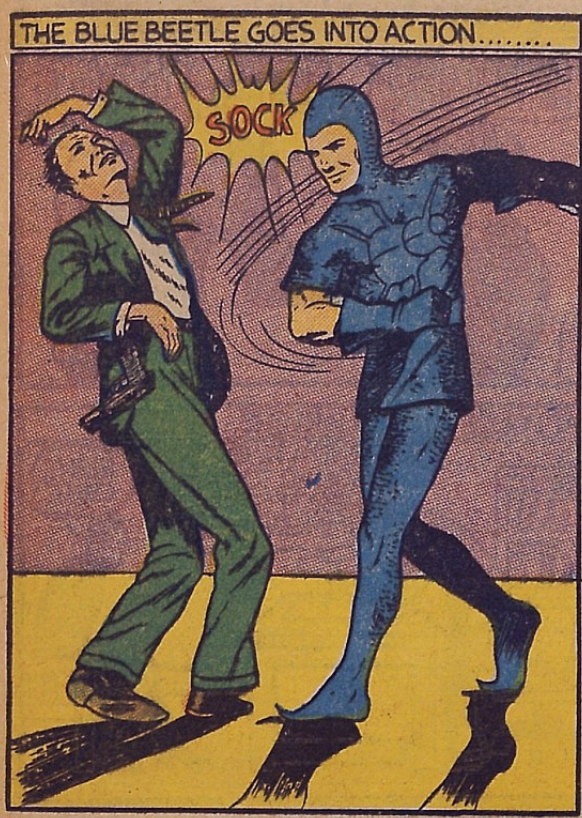 Mystery Men Comics #2 (July 1939) was the second outing for the Blue Beetle and Dan Garret decides to wear a new costume while crime-fighting, featuring a blue textured tunic printed with a beetle insignia, blue gloves, and… curly-toed leggings? Inexplicably, the costume does not include a mask, though in his next outing a domino mask and yellow belt were included.