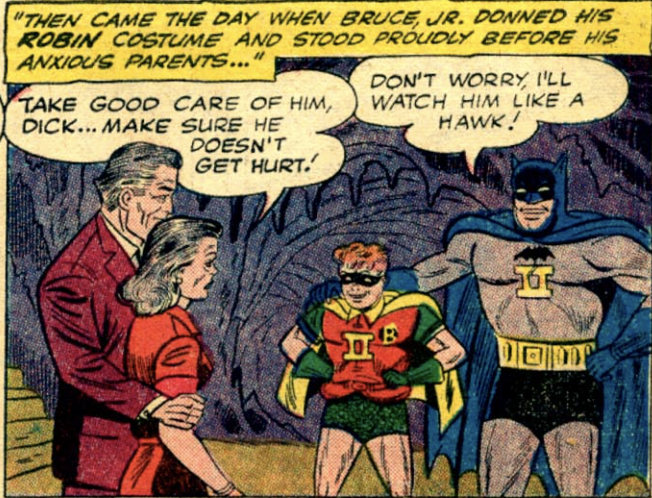 Batman #131 (February 1960) introduces the literary device of Alfred’s stories that he writes in his diary about the future of the Bat Family. In this first imaginary tale, Bruce Wayne marries Kathy Kane and reveals his identity to her. They eventually have a red-headed son, Bruce Wayne Jr. Batman announces his retirement and Dick Grayson takes over as Batman II. Bruce Wayne Jr eventually convinces his parents that he has enough training to become Robin II.

Of course some mishap occurs and it requires Bruce and Kathy to suit up one more time as Batman and Batwoman to rescue the crew. Nice future family at the end.