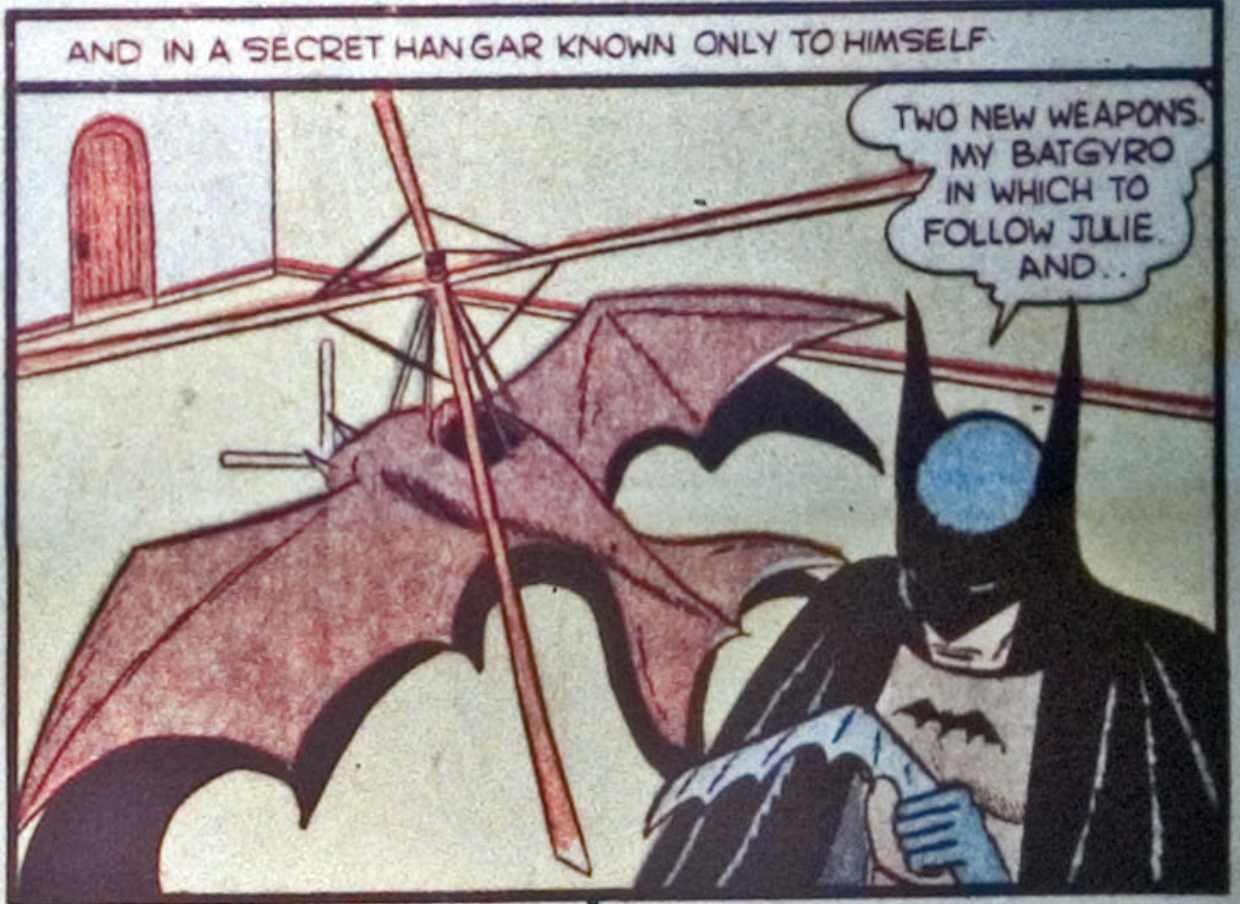 The Batman introduced two new gadgets in Detective Comics #31 (August 1939): The Bat-Gyro and the Bat-arang. It is also revealed that Bruce Wayne has a fiance named Julie Madison who is hypnotized by the second villain in Batman’s rogue’s gallery: The Mad Monk. In just five issues, Gardner Fox and Bob Kane have done an impressive amount of world-building while continuing to establish a creepy, gritty vibe.