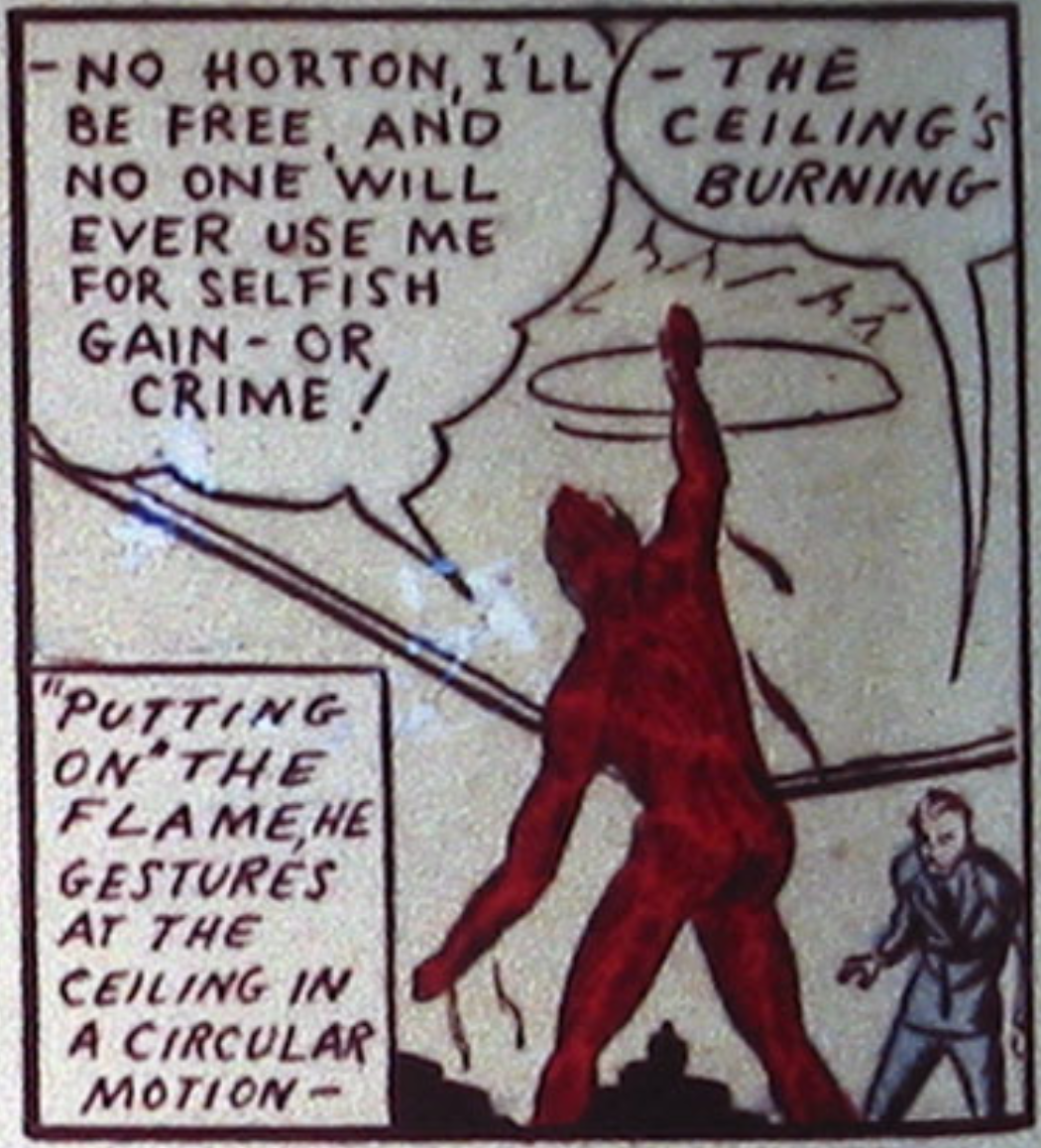 August 1939 saw the birth of another comic book company, Timely Comics, the company that would eventually be renamed Marvel Comics many years later. Marvel Comics #1 hit the stands introducing a unique superhero character, The Human Torch, created by Carl Burgos. This version of the Torch was a synthetic human (an android) created by Professor Horton. In this origin story, he sets fire to many buildings, foils some racketeers and eventually learns how to control his flame, rejecting attempts to control him.