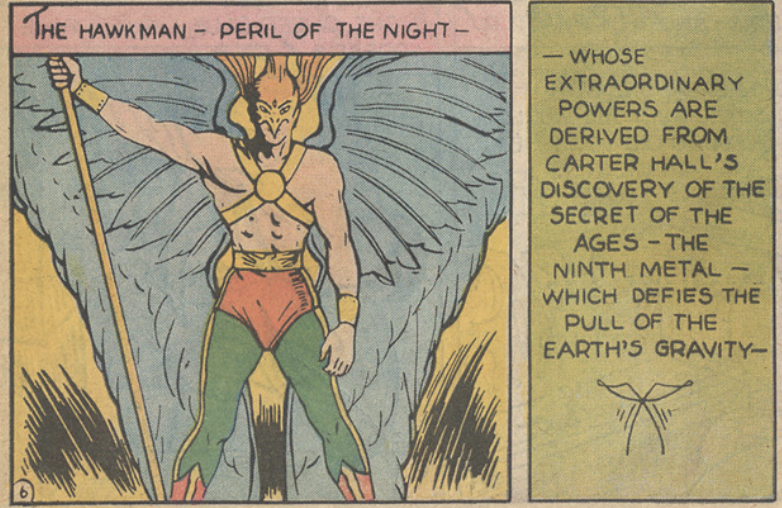 Hawkman also debuted in Flash Comics #1 (November 1939). He was created by Gardner Fox and Dennis Neville. Carter Hall, a research scientist and collector of weapons, has a dream of a past life as Prince Khufu, he discovers the Ninth Metal, creates wings which defy gravity and decides to use “weapons of the past” to fight bad guys. As one does.

On the up side, Hawkman is a visually striking character who has an interesting backstory (the reincarnation and romance bit) and I really like the pencils and inks here. On the down side, they never explain why Carter Hall would decide to dress up as a hawk man and use his gravity-defying metal in this way. And I just can’t seem to forgive Gardner Fox writing “the ancient hawk-god Anubis“, when he really meant Horus. Couldn’t he have thumbed through a damn encyclopedia?