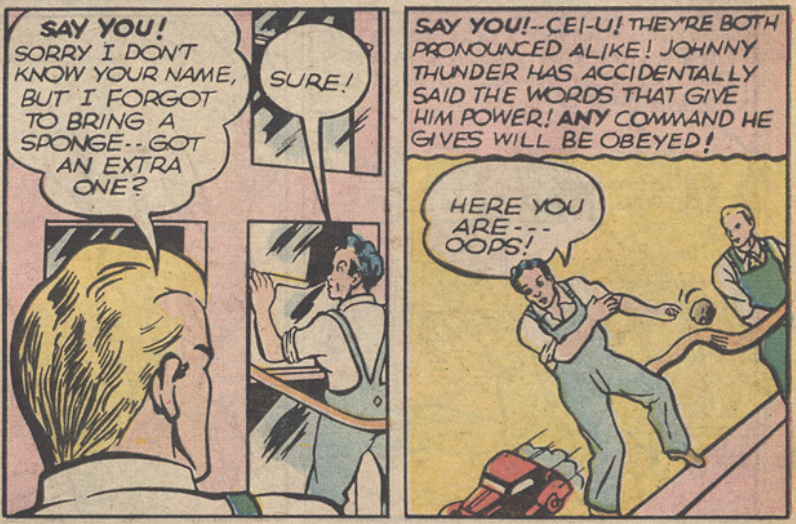 Johnny Thunder(bolt) also debuted in Flash Comics #1 (November 1939). Like the other two heroes he shared the book with (Flash and Hawkman), Johnny Thunder was a one-gimmick wonder. This time, the gimmick was that he didn’t know he was a hero. Most of this time, this played like somewhat unfunny comedy.

In this first story, it is related that Johnny is the seventh son of a seventh son, born on the seventh hour of the seventh month of 1917. He also had an IQ of 77. As a baby, he is kidnapped by the Badhnesians since all those sevens means he can control the powerful thunderbolt when he reaches the age of seven by uttering the secret phrase “Cei-U”, at which point reality warps to obey Johnny’s every command. The comedy tries to write itself at that point.

This first story does not introduce the sentient Thunderbolt as a character quite yet.