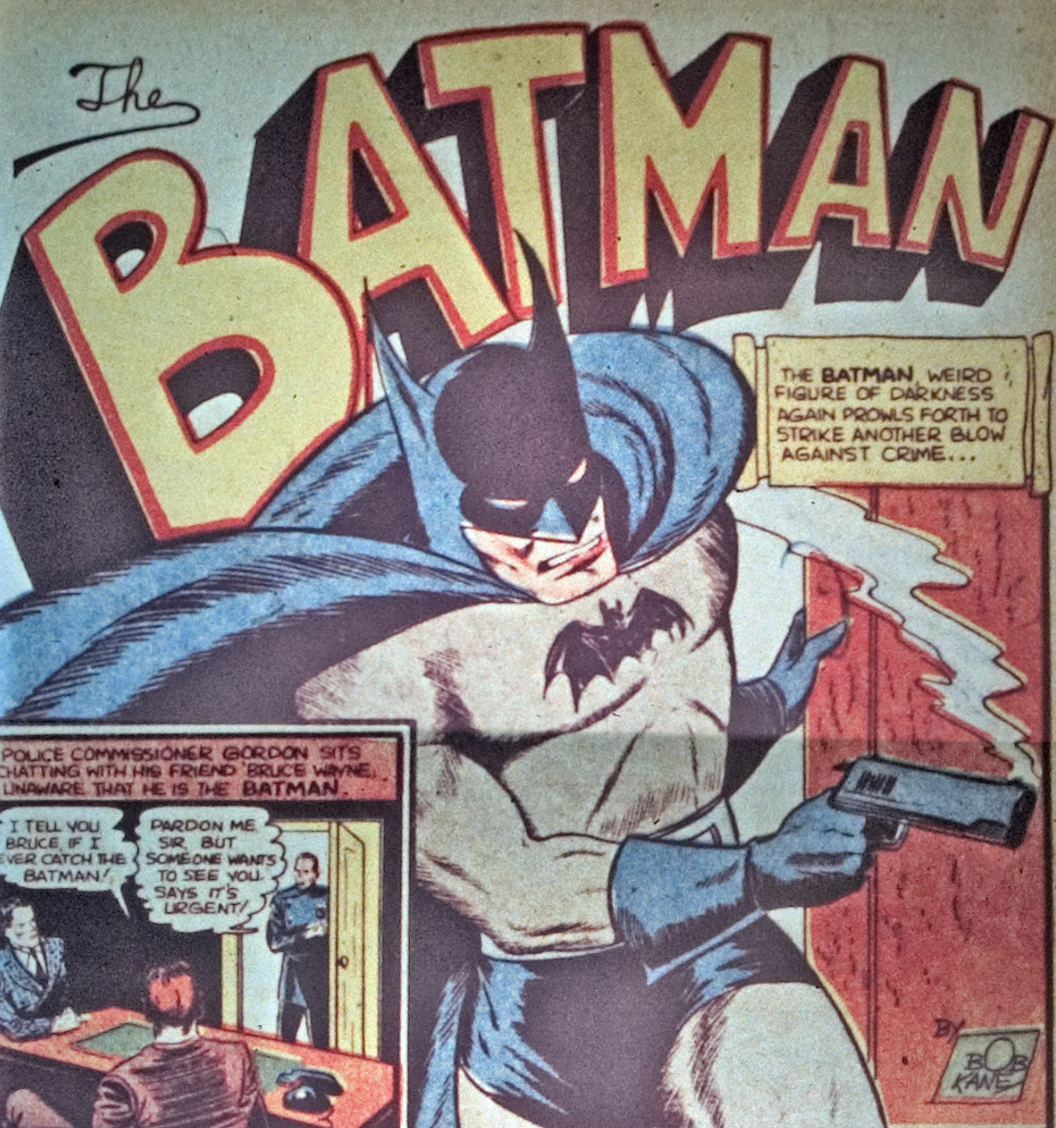 In Detective Comics #35 (December 1939), Bob Kane decided to show the provocative image of Batman holding a smoking gun in the splash page of the story, even though Batman never uses a gun in the story itself!

But more importantly… wtf is going on with Batman’s body below the belt?!?

Also, the cover of Detective Comics #35 had the longest bat-ears I’ve ever seen in the Golden Age:

I’d say those ears are a solid 8.5 on the sprang-jones scale!