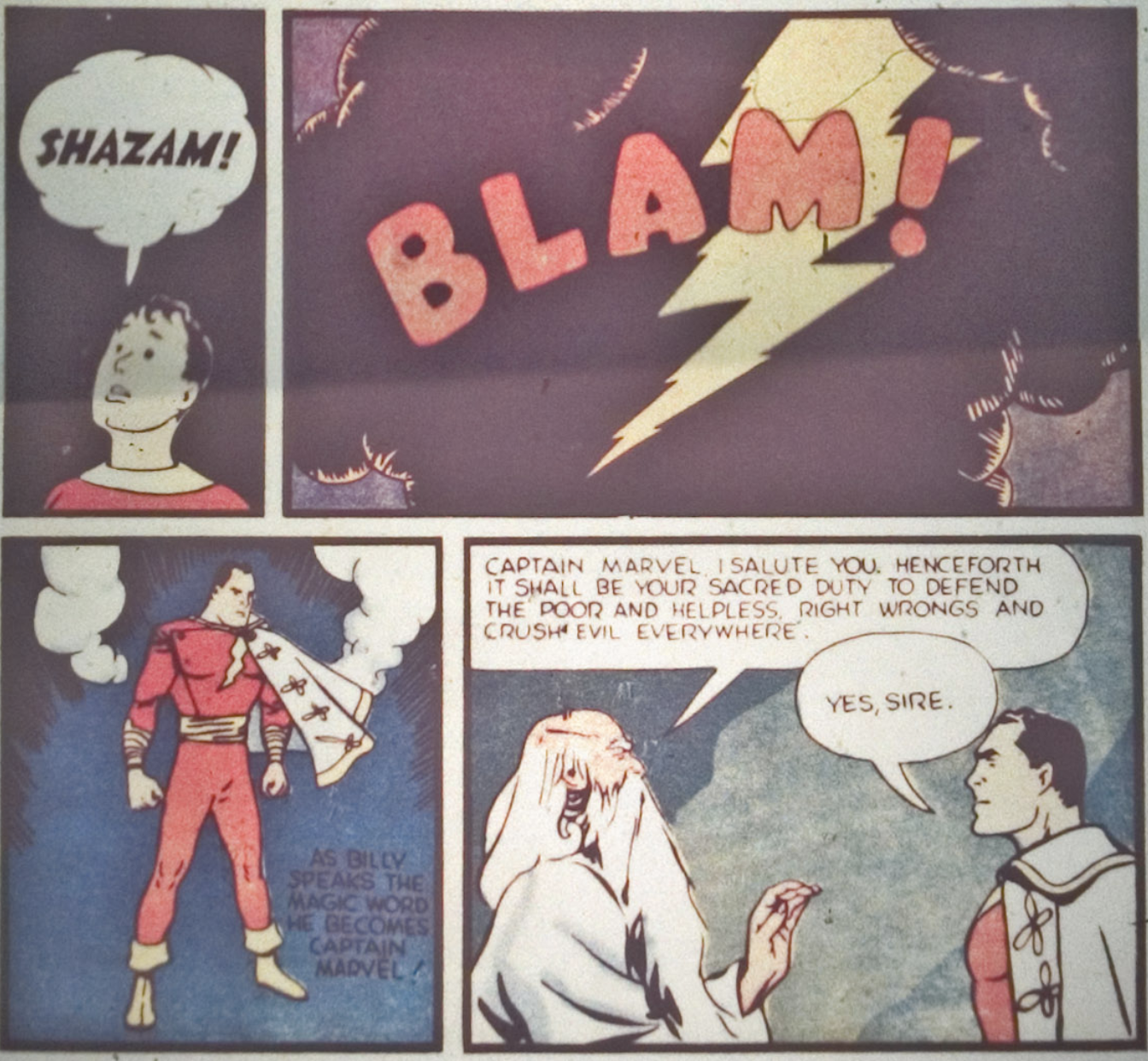 In December 1939, we finally get a new company, that is not DC, creating a superhero character that has an impact outside of comic books, with the introduction of Captain Marvel in Whiz Comics #1 (actually #2 because of the ash-can edition) by Fawcett Comics. Captain Marvel, sometimes confused with the wizard Shazam, who gave Billy Batson his powers, would become “the most popular superhero of the 1940s, outselling even Superman“, spawning a very popular movie serial called The Adventures of Captain Marvel, being the first superhero character to leap from the page to the screen.

The result of all this, was DC suing Fawcett, claiming that Captain Marvel was a copy of Superman (much like their previous lawsuit against Fox for Wonder Man). Eventually Fawcett lost this legal battle and stopped publication of their superhero characters. In an interesting turn of events, DC licensed the Fawcett characters twenty years later (1972), and then purchased the full rights in the 1990s, renaming the character to Shazam since Marvel Comics had created a character named Captain Marvel in the 1960s. Wow.

Warner Brothers has a new movie coming out in about a week as part of their “extended universe” featuring this character – I wonder if any hint of the rivalry between Superman and Shazam will be present.

The villain of that movie, Doctor Sivana, is also introduced in Whiz Comics #2. Yay for bald crazy villains with mis-shapen heads!