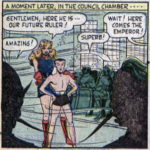 The final issue of Sub-Mariner Comics #23 also came out in March 1949. Like the Human Torch’s last issue, it features an origin story for the Sub-Mariner that goes much deeper into Namor’s birth, early life, than has ever been seen before. I don’t know if this was just a backup story they had lying […] 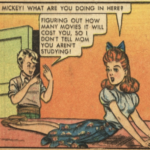 Timely Comics (aka Marvel Comics these days) introduced a new female character in Miss America Comics #2 (September 1944): Patsy Walker. Although the Patsy Walker feature was in the “teen humor” genre, like Archie, I did learn from Wikipedia that she is an important character for Marvel because she one of the few that bridged […] 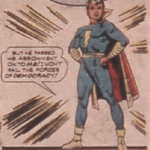