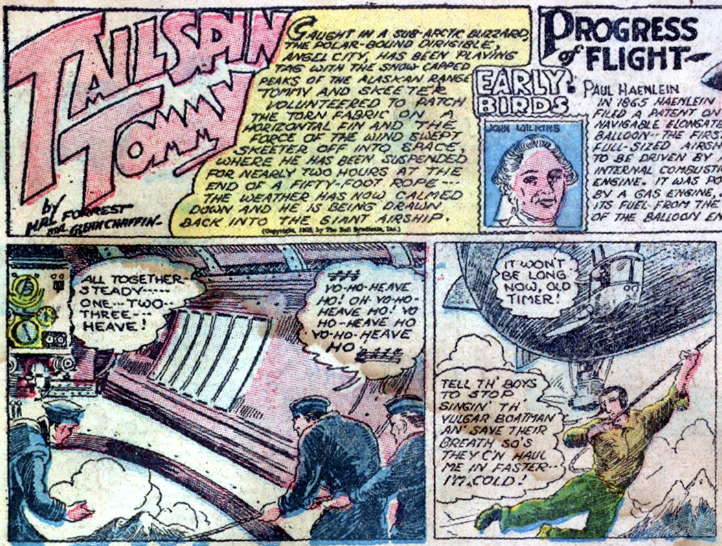 Comic books were started by a company called Eastern Color Printing Company whose publisher, Max Gaines (father of Mad Magazine founder William Gaines!), decided to collect reprints of comic strips from the newspapers (often called “funnies”) and put them into book form.  The first such comic book sold was called Famous Funnies #1, in June 1934.  Each page featured one page from a newspaper.

Tailspin Tommy was a popular strip for its time, resulting in a 1934 Universal film serial by the same name.  This makes Tailspin Tommy one of the earliest film adaptations of a comic book character!

What is this blog?  I’m going to explore how comic books evolved as a medium since their early beginnings with a focus on superheroes.