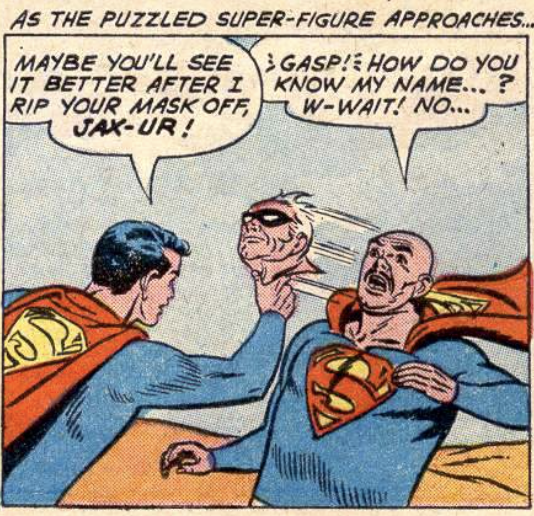 The epilogue of the story explains that a comet caused a “momentary warp in the Phantom Zone” that allowed him to escape.

[Well, I hate to announce it, but after 9 months and over 200 posts, it’s time to put this blog on pause again, for the second time. This time, the pause is just at the very cusp of the Marvel Age, and when my backlog is nice and full again we will be hitting the ground running with the Fantastic Four!]