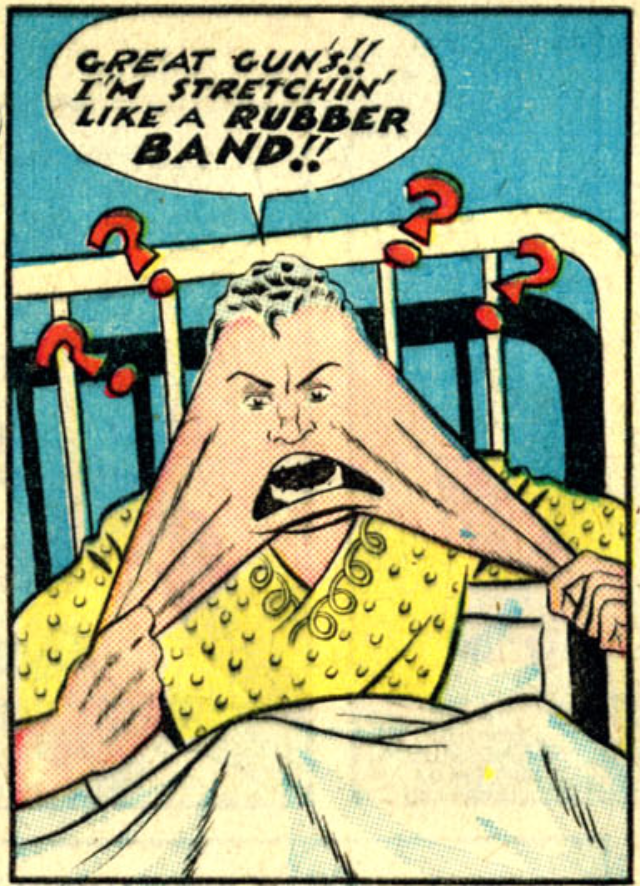 In May 1941, Police Comics #1 by Quality was launched, featuring several new heroes that would eventually find their way into DC canon. The first, and by far most popular, was Plastic Man, created by Jack Cole. A petty crook who accidentally swallowed some acid that caused his body to stretch to any shape he wished, he was rescued by a kindly monk and nursed back to health. A la Jean Valjean, he decided to mend his ways and become a costumed crime-fighter, working from within the criminal ring.

As of December 2018, there is a Plastic Man live-action film being planned.