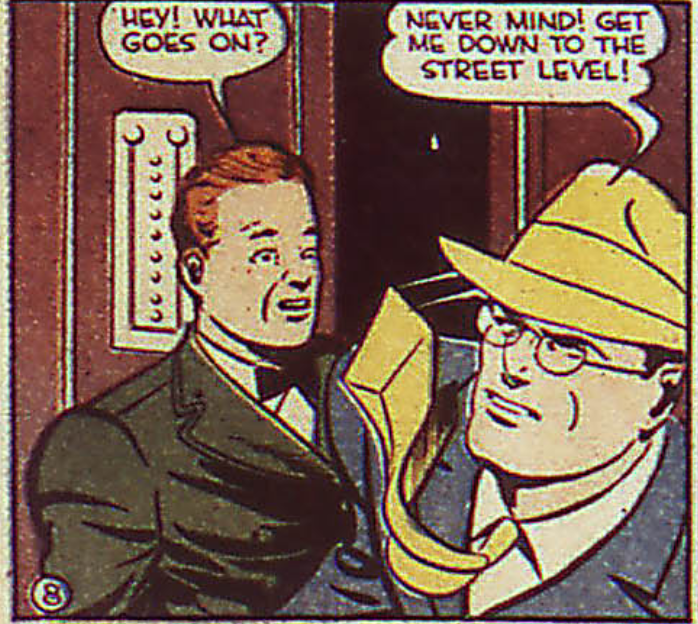 Continuing my streak of hard-hitting investigative comic book journalism, is the elevator boy in Action Comics #38 (May 1941) the first true appearance of Jimmy Olsen? We have red hair, bowtie and green coat! At this point in history, Jimmy Olsen existed as a character in the Superman radio show for about a year and is named in a comic book appearance later in 1941.

I disagree with the idea that the nameless office boy that appears in Action Comics #6 (October 1938) is Jimmy Olsen since apart from a bowtie, he looks nothing like him. Different hair color, yo!