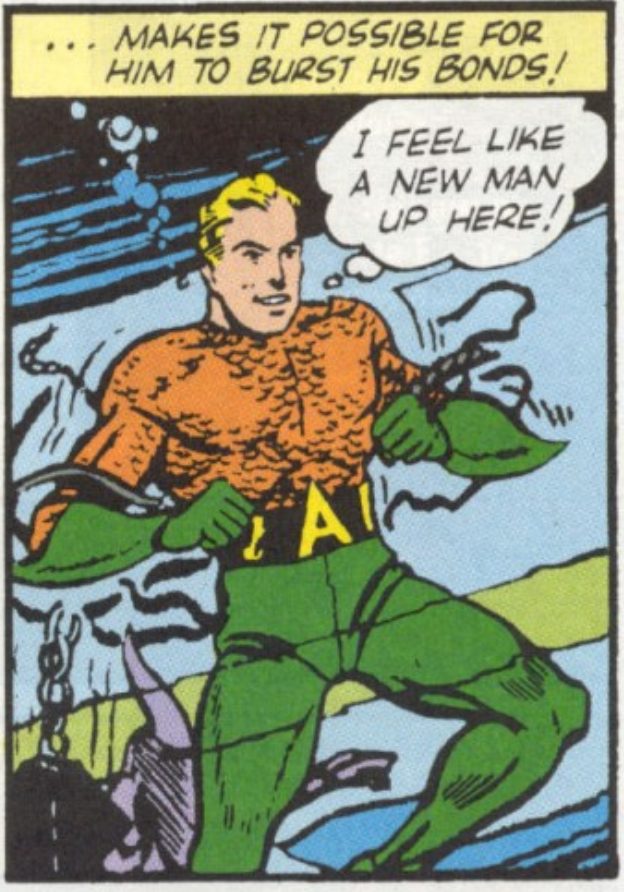 The second major hero to be introduce in More Fun Comics #73 (September 1941) was Aquaman, created by Mort Weisinger and Paul Norris. This first story featured a different origin than in later years, in which Aquaman’s father was a scientist who discovered the underwater ruins of Atlantis, then helped his son learn to live under the sea by “training and a hundred scientific secrets”. In this first story, Aquaman is able to talk to porpoises to enlist their aid, but he has none of the bite of Namor.

Who would have thought that such a tame character would eventually become a box office sensation 77 years later?