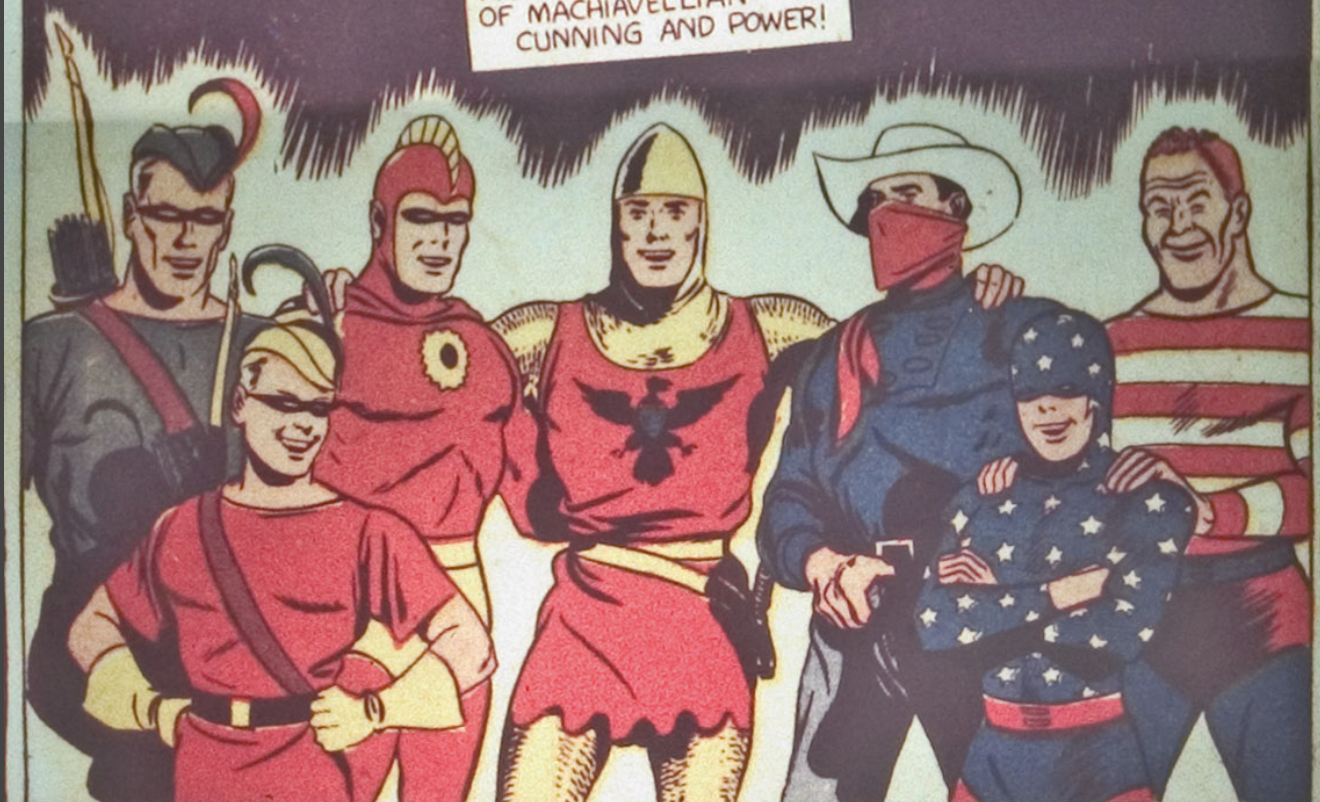 In Leading Comics #1 (December 1941), the marketing team at DC slung together a bunch of their other heroes that weren’t already in the Justice Society of America into a new team, later called the Seven Soldiers of Victory. It was the first superhero team to include sidekicks (Speedy and Stripesy), but about the only hero that has a remote chance of being identified by the general public is the Green Arrow.