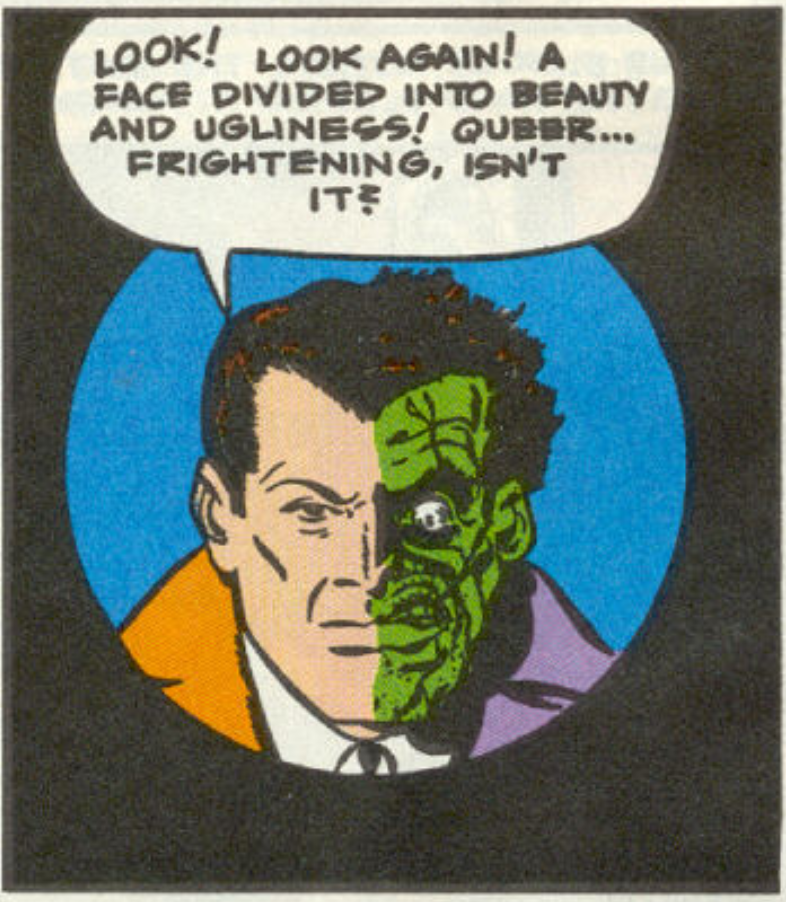 Detective Comics #66 (June 1942) saw the introduction of another great macabre Batman villain: Two-Face! This origin story features everything: Handsome public defender, angry criminal court scene, acid splash and then a psychotic break into a supervillain with a fascination for the number 2. The only difference from the modern day version is that he is named Harvey Kent in this first story, later renamed to Harvey Dent in a later issue to disassociate from Clark Kent.

This issue also features another first for DC Comics: A story that ends on a cliff-hanger in which Two-Face flips his coin to decide whether he should live the rest of his life as a criminal. Oddly the story continues two issues later (Detective Comics #68).

There were a couple inker errors in this story though: Harvey comes home from the hospital already dressed in his traditional two-color split suit, even before he decides to become a supervillain – and his left hand is colored green for some reason!