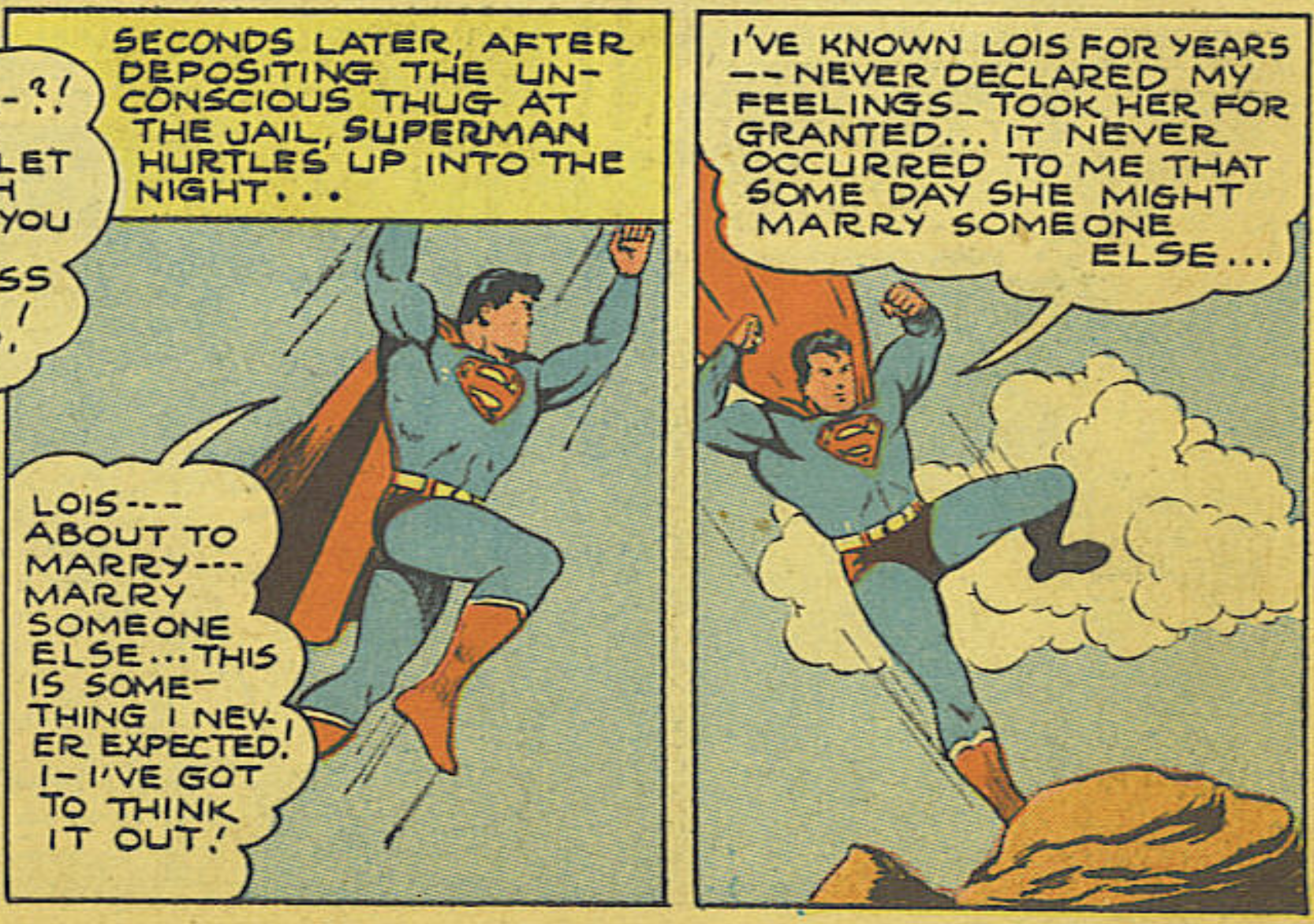 Lois Lane is proposed to by an obnoxious millionaire in Action Comics #61, (April 1943)… and she accepts. This forces Superman into the realization that he cares for Lois. He decides on a drastic step, to reveal his identity:

… but she doesn’t believe him. In the end, it turns out Lois was only accepting the proposal to expose Craig Shaw as a criminal, leading to another fifty-seven years of doubt and speculation for Lois.