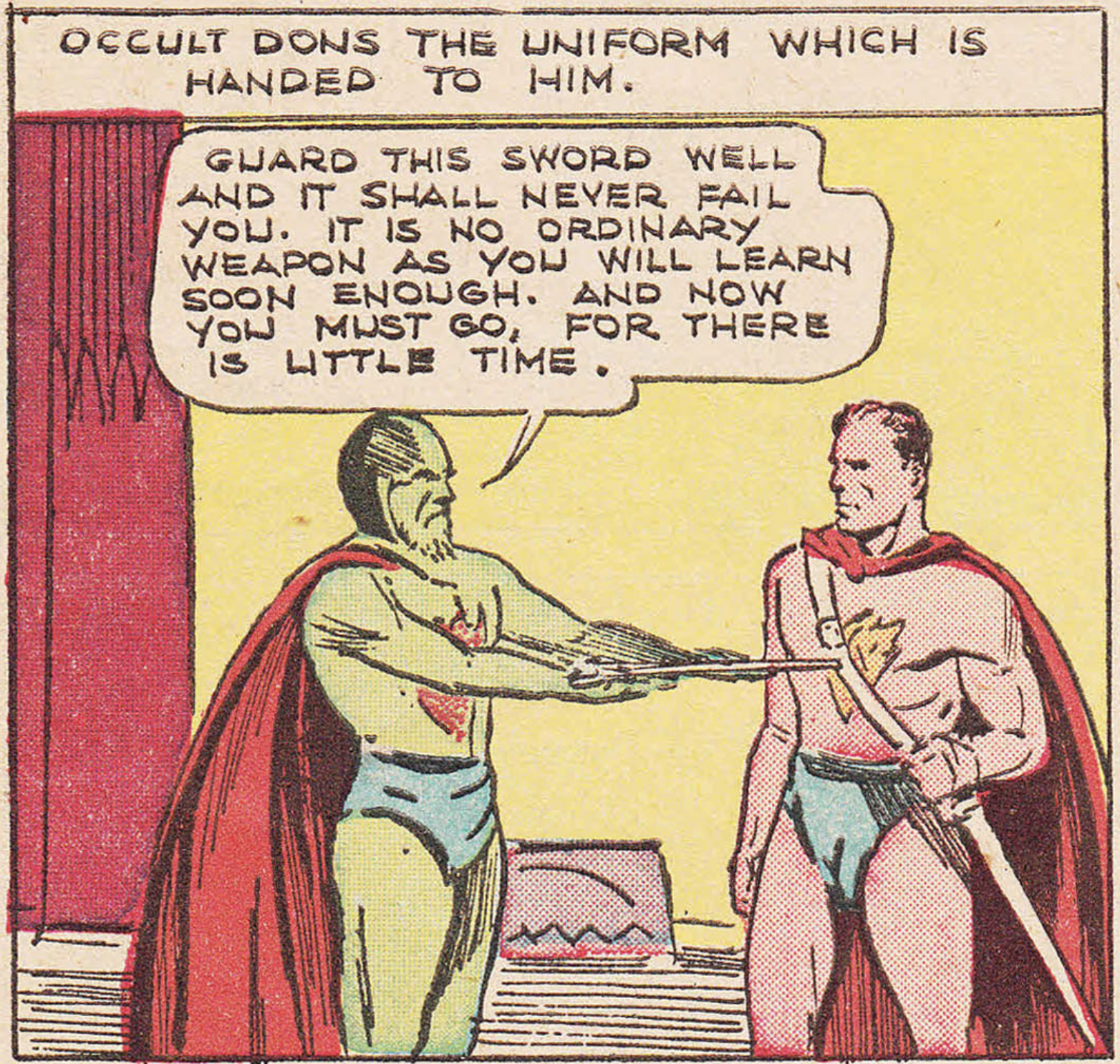 August 1936 creeps the industry ever-closer to a full-fledged superhero, with Doctor Occult meeting The Seven, donning a skin-tight uniform with a symbol on its chest and a red cape, and then flying through the ether to Egypt.  Clearly Siegel and Shuster were playing with their crazy Superman idea in other strips.

Note that this is a full six months before The Phantom first appeared (in newspapers), which seems to dispute the idea that The Phantom was the first superhero to appear in a skintight costume.  On the other hand, this is just a one-off for Doctor Occult and not his official costume.