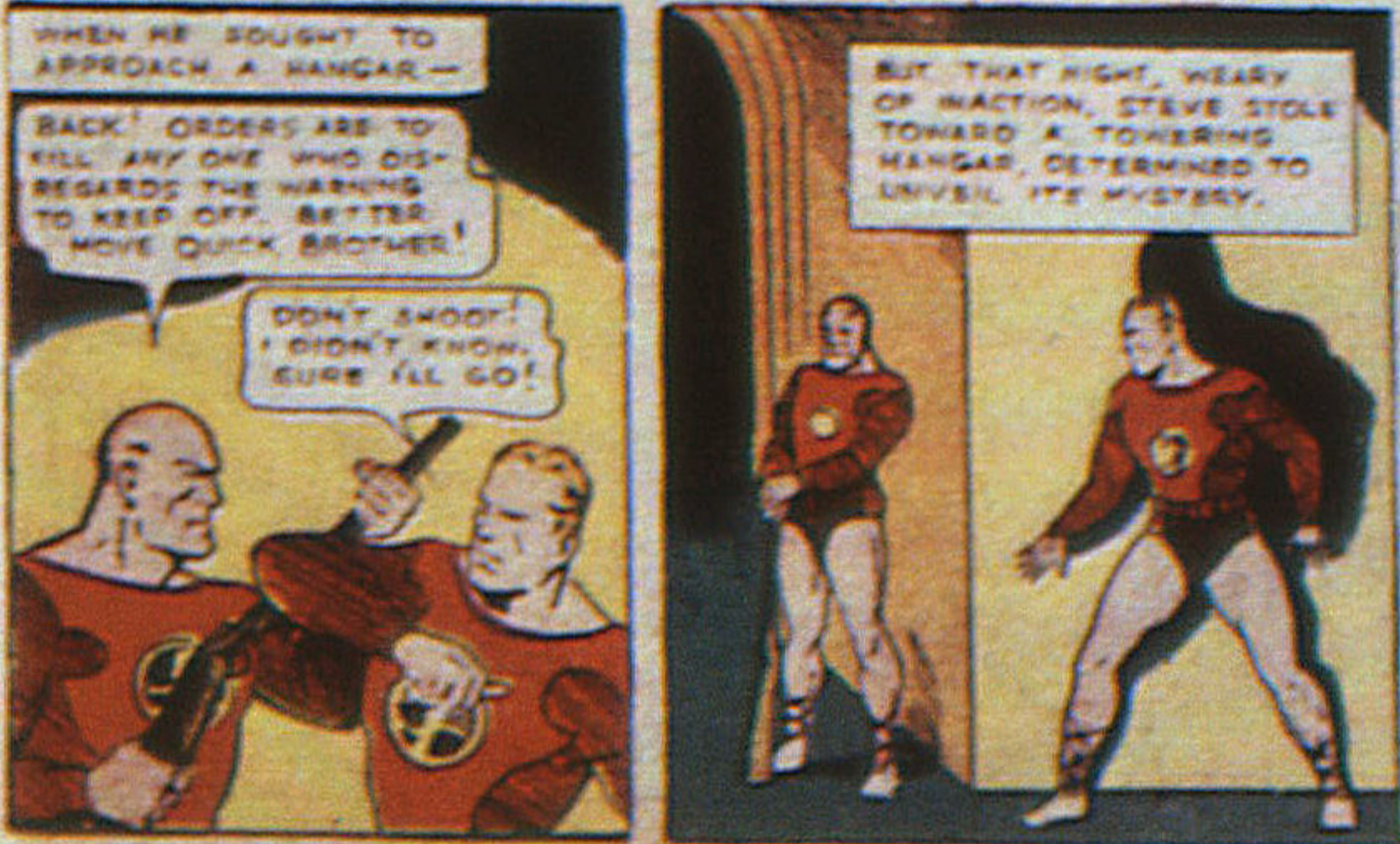 It’s pretty clear that by mid-1936, Siegel & Shuster were trying to make their strips more exciting and fantastical.  In September 1936, “Federal Men” took a turn from its G-Man roots towards science fiction when Steve Carson made his way on to a submersible in order to infiltrate the “Invisible Empire”, resulting in a costume change that looks very superhero-like.