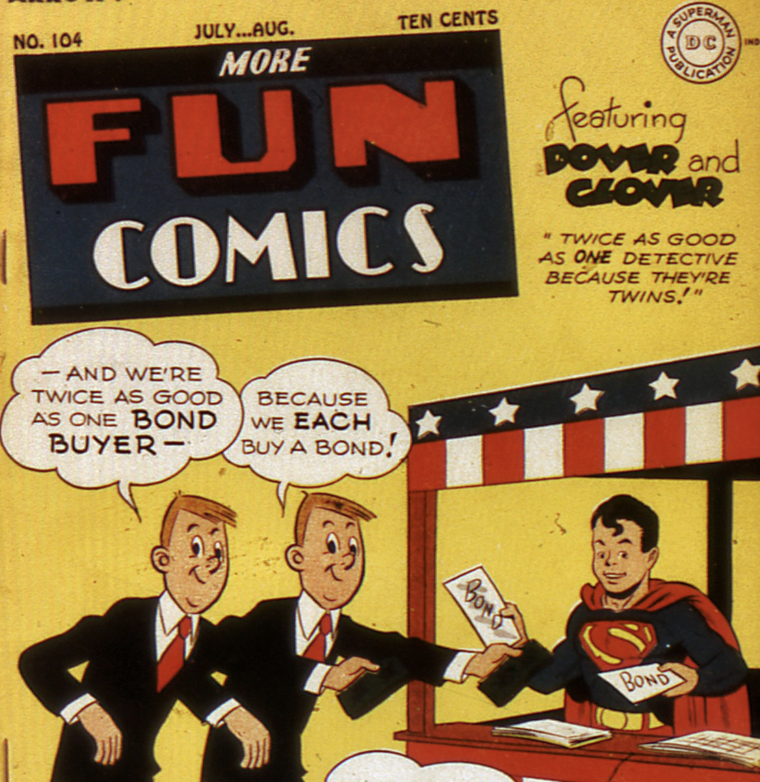 The fledgling character Superboy makes his first appearance on the cover of More Fun Comics #104 (May 1945). In promoting him to the front cover, DC must have realized he was going to be a hit character, but he is little more than a bland 10-year old version of Superman with no supporting cast at this point. His Earth parents, the Kents, have not even made an appearance yet, let alone Lana Lang, Pete Ross or Krypto the Super-dog. In fact, every story seems to revolve around a young Clark saving his childhood friends from disasters or criminals.