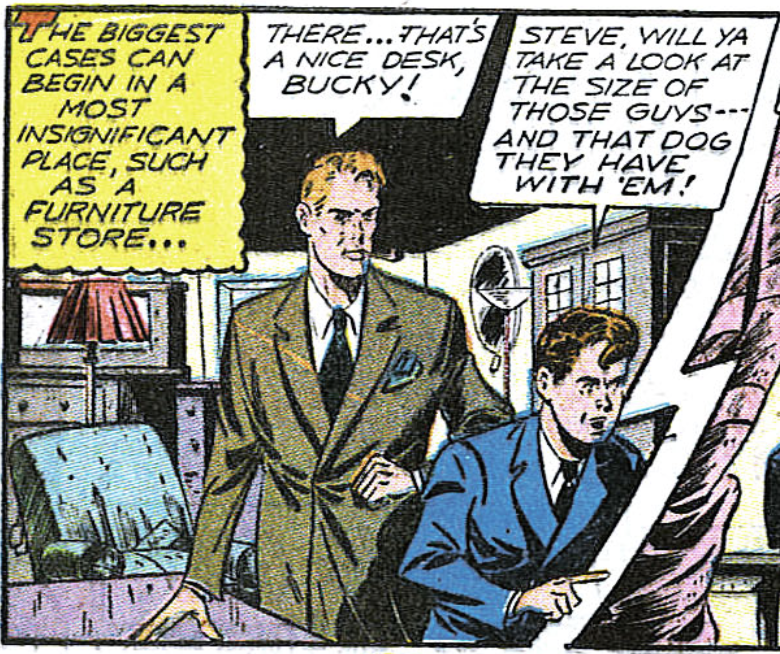 In Captain America #54, Steve Rogers and Bucky Barnes appear out of their army uniforms (for the first time, I believe) though they are both still working for the army.

Speaking of civilian garb, I got a big kick out of the ad at the end of Captain America #54 for a “trick tie”. By day it’s a “normal” tie, by night it’s a glow-in-the-dark tie with the words “Will you kiss me in the dark baby”. The ad’s title is ‘Girls Can’t Resist this KISS ME NECKTIE as it GLOWS in the DARK!”