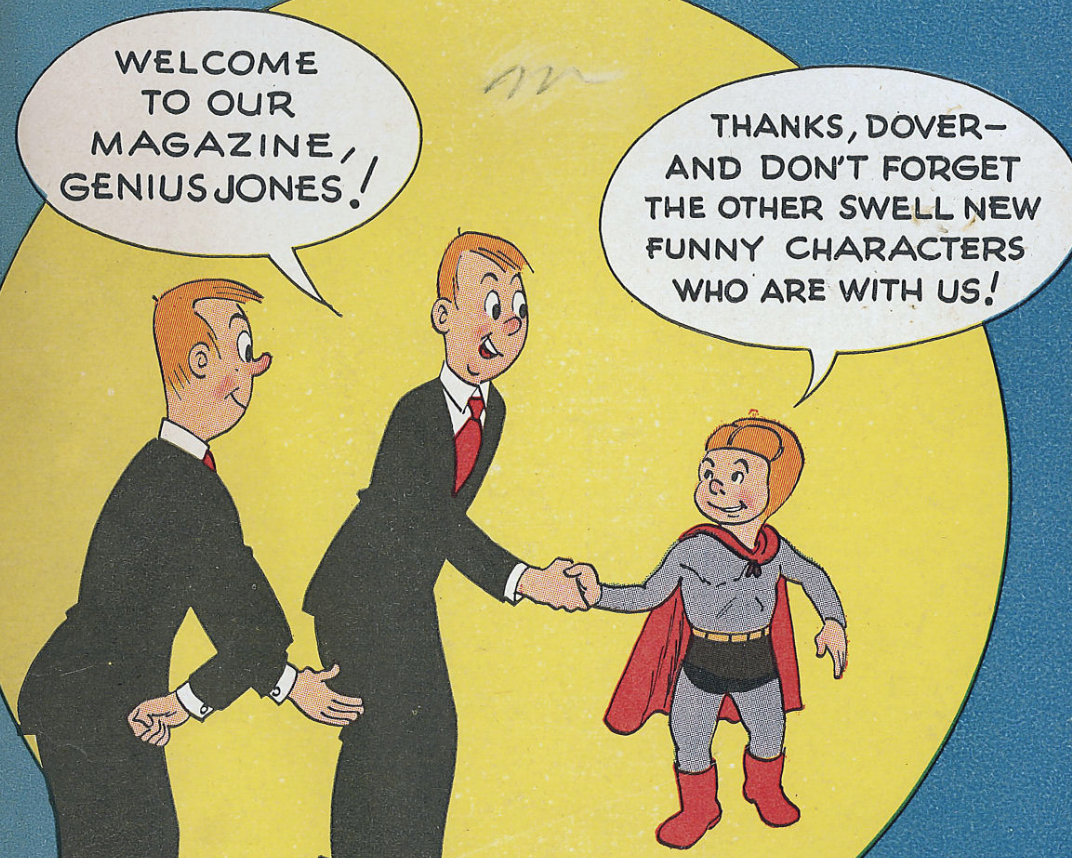 In January 1946, More Fun Comics #108 jettisons all four of its superheroes (Aquaman, Superboy, Johnny Quick, and Green Arrow) and replaces them with other humor strips like Genius Jones. Don’t worry – all of those superheroes make there way over to Adventure Comics next month (February 1946), but it doesn’t bode well for other heroes in Adventure Comics like Starman and The Sandman!

The end of World War 2 definitely seems to coincide with the beginning of the decline of the Golden Age of Super Heroes. This move feels like a signal that someone in DC wanted to specialize their magazines as superheroes were no longer selling as well. Some of the Golden Age DC heroes had already been cancelled by this point: Hourman (1943), Doctor Fate (1944), and The Spectre (1945).