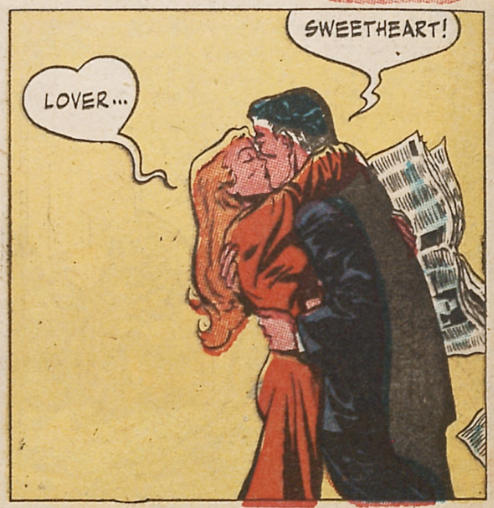 In July 1947, Young Romance #1 debuts. Young Romance was created by Jack Kirby and Joe Simon for Prize Comics and is widely known as the first romance comic, which are distinguishable from teen comics of the day in that these stories are usually devoid of any humor, anthological, and make an attempt to take romance seriously.

1947 seems to be the year where superheroes seriously declined and other genres began to take their place: crime, teen, funny animals, and now romance. Although horror comics have their roots in Just a Story and Eerie, it’s not really fair to say that horror has taken off as a genre as of yet.