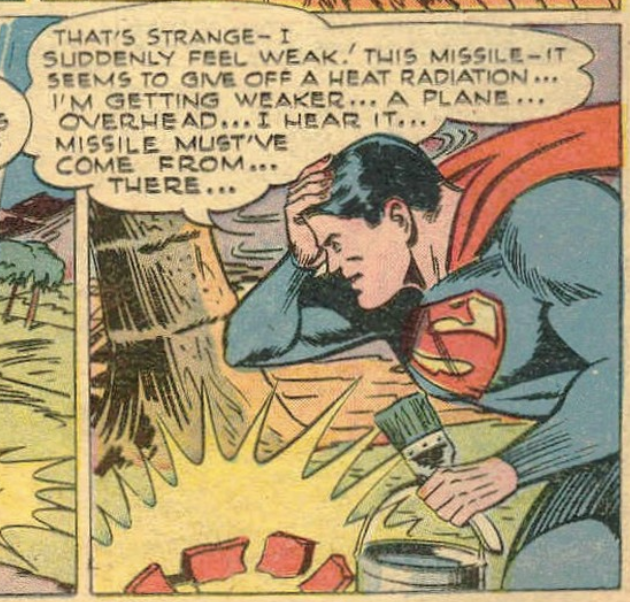 In Superman #49 (September 1947), “Clark Kent’s Most Dangerous Assignment” has Superman encounter radiation from a missile built by a scientist that weakens him and saps his powers, leaving with him an inability to fly. Superman waits and the dizziness and weakness eventually pass, allowing Superman to once again easily overcome his foe. I guess this was just his most dangerous assignment so far!

The idea of menaces that seriously weaken or threaten Superman’s life is not a new one, and kryptonite had already been introduced in the Superman radio show, but it seems clear that writers are butting up more and more to the idea of creating credible threats to Superman in the comics. On the other hand, we are still two years out from having kryptonite making it officially into the comic book canon.