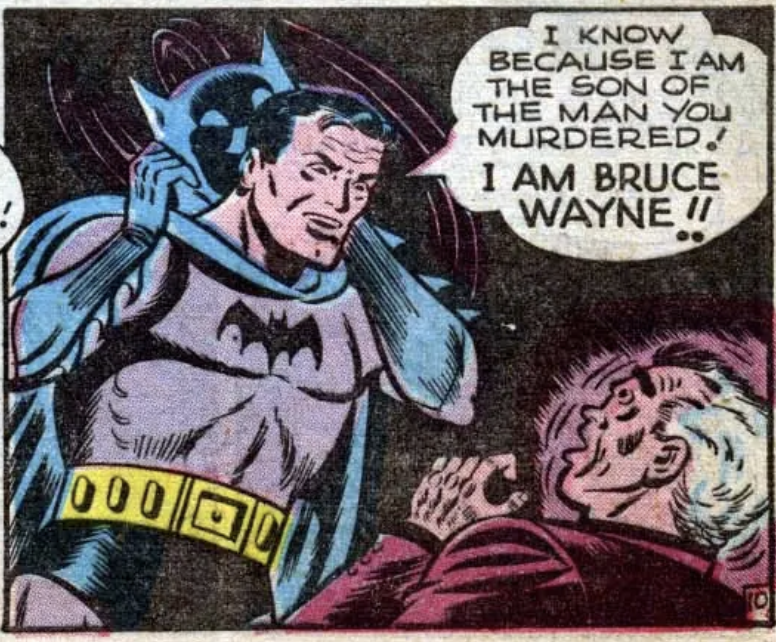 Batman learns that his parent’s killer, Joe Chill, is still alive and confronts him in Batman #47 (April 1948). This is the first time the Wayne’s mugger is given a name and the third time Batman’s origin has been re-visited. Upon confronting him, Batman dramatically reveals his secret identity. Oh, that’s not going to bode well for Joe… Joe tells his some fellow criminals about this:

But before he can say much more, the criminals shoot him down for being responsible for creating Batman. Of course Batman mops up the criminals before Joe can reveal who Batman is.

Some nice little moment of continuity and closure here for Batman as he officially closes the first case he ever started working on: