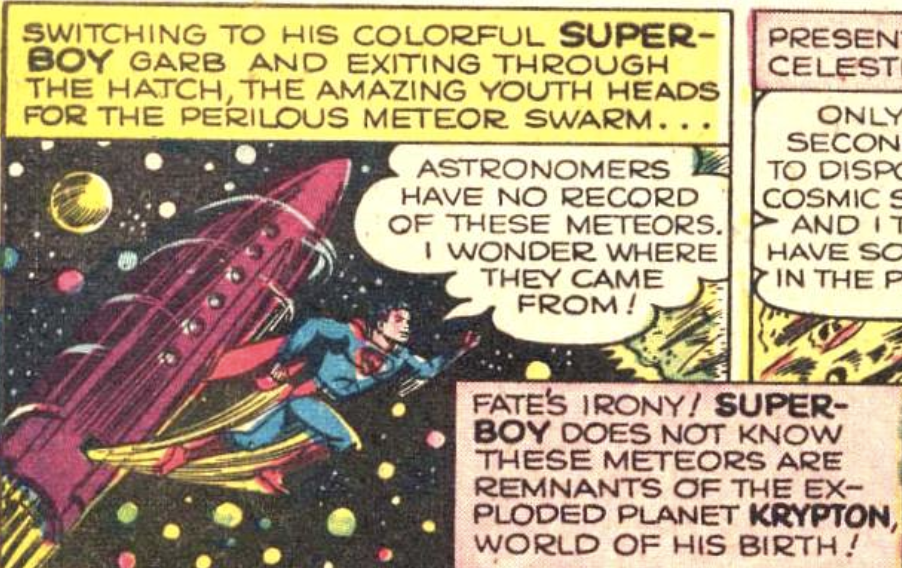 In Adventure Comics #140 (March 1949), Superboy takes a trip to the moon with an absent-minded professor. Mind you, this would have been in the 1920s or 1930s, but by this time DC was kind of ignoring the time difference between Superboy and Superman, basically treating them as individual characters to a degree.

Anyway, a throwaway bubble mentions that Superboy crosses path with a series of unidentified meteors that happened to be fragments of Krypton. Of course Kryptonite had not been identified as having any effect on Kryptonians. Ironically this ironic panel might have resulted in the death of Superboy!