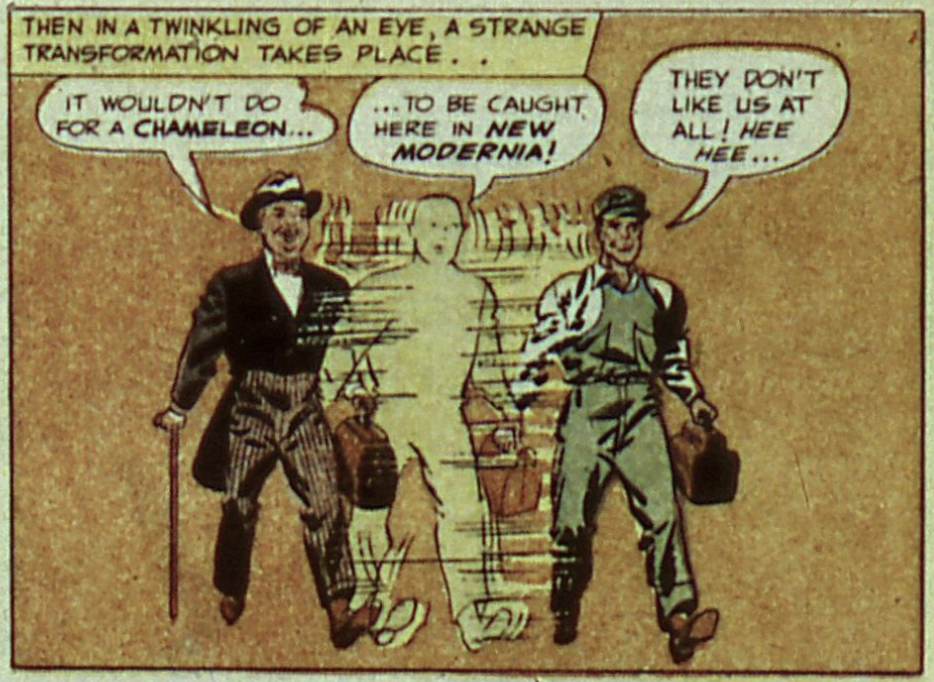 In All-Star Comics #56 (October 1950), the Justice Society of America take a trip into the 31st century by hitching a ride on a tour bus from the future. It seems like the future is plagued by chameleon creatures who can masquerade as anyone. The natural form of a Chameleon has pointy ears just like Chameleon Boy from the Legion of Super-Heroes years later, but lacks antennae:

Coincidentally, the same time travel mechanic of a tour bus from the future is also seen this month in EC’s Weird Science #5 story “Made from the Future!”: