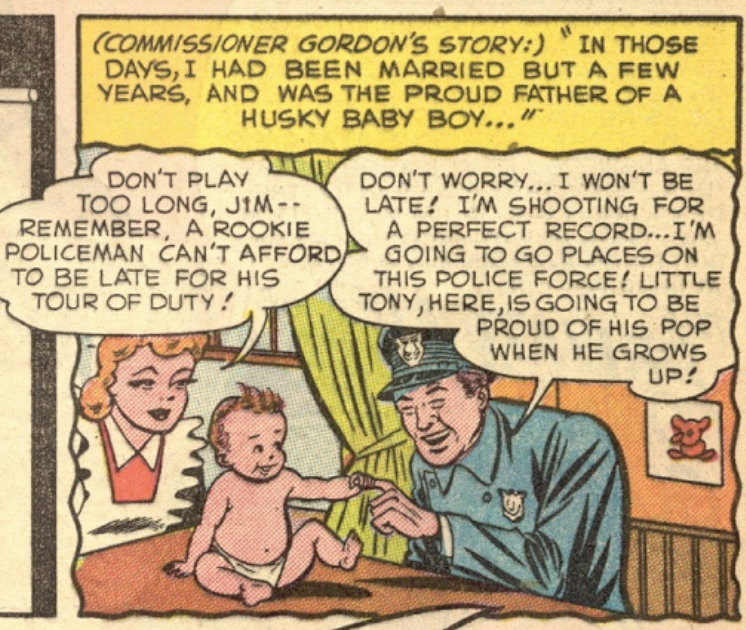 “The Private Life of Commissioner Gordon” in World’s Finest #53 (June 1951) shows a rare glimpse of the early life of Commissioner James Gordon, including a panel featuring his first child, Tony Gordon. We are slowly seeing more of the supporting cast being fleshed out in DC Comics.

An old enemy of Jim Gordon escapes from jail and Batman disguises himself as Jim Gordon to protect him. Batman forgets that every night his son gives the Commissioner a rubdown and almost blows his cover.