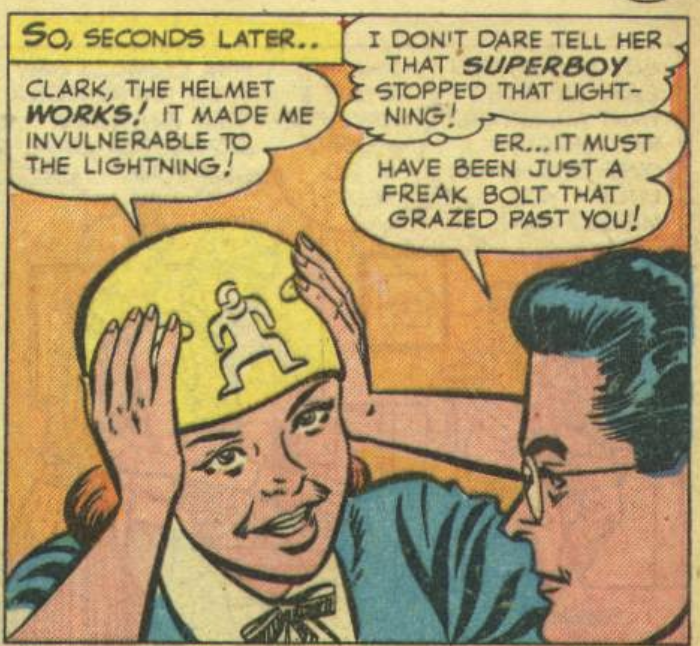 In Adventure Comics #167 (June 1951), DC continues to play with the idea of a female super-powered adventurer in “Lana Lang, Super-Girl!”. Lana’s archaeologist father gives her a helmet that purportedly grants power to its wearer. When Superboy saves Lana from lightning using his super-speed, Lana makes the logical conclusion that he has super powers. She puts the helmet on Clark during a robbery and when Clark gets shot and repels the bullets, she is doubly convinced.

What commences is a bunch of “hilarious” escapades as Superboy is tasked with fooling Lana into thinking she has super powers so as to not give away his identity as Clark Kent.

Was that really your only chance, Clark?

I’m not sure what irritates me more – the exhausting continued play-out of a girl trying to learn Clark’s secret or the inane ways in which Superboy figures out how to trick the clearly dim-witted Lana.