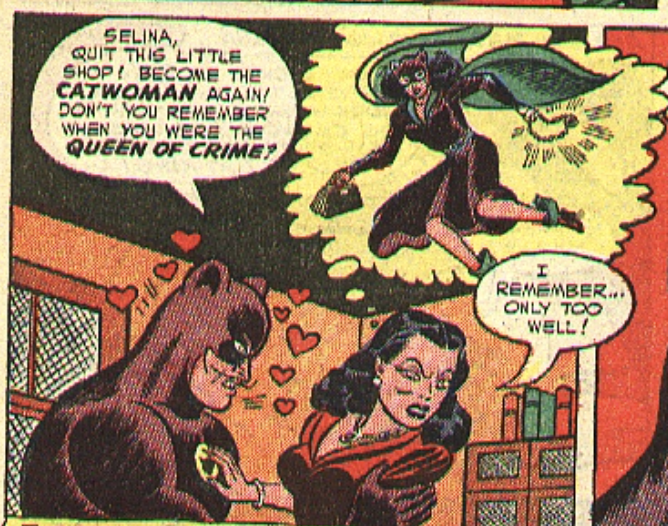 In Batman #69 (November 1951), the villain “King of the Cats” is introduced. At this point in DC continuity, Catwoman has been rehabilitated for about a year now and Selina Kyle is mostly just a pet shop owner. The King of the Cats initiates a crime spree involving cat-themed crimes and Batman worries that Selina will be seduced to return to a life of crime, particularly when he discovers that the new villain has been in contact with Selina.

In a twist ending, it turns out that the King of the Cats is actually Selina’s brother Karl Kyle, which makes the above panel, with several emoted hearts, pretty deceptive to its readership. Anyway, Catwoman manages to save both Batman and her brother, who agrees to give up his life of crime.