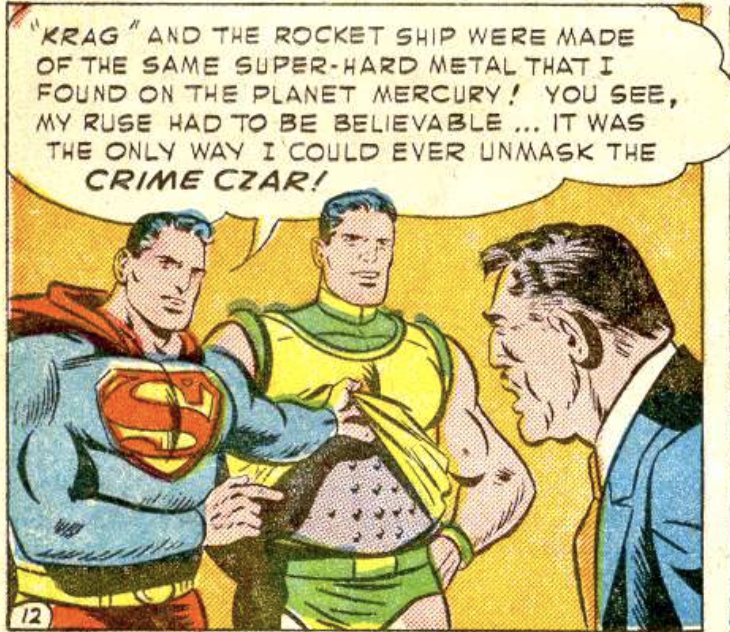 Throughout the 1950s, Superman and Superboy often used a series of realistic robots to deceive Lois/Lana or others about Clark’s real identity. Action Comics #165 (December 1951) could be considered the first such use of this literary device. In it, Superman meets “Krag” a superman from the planet Mercury who joins up with criminals. Turns out that Krag is actually a robot that Superman has constructed to fool the crime czar into giving up his secrets.