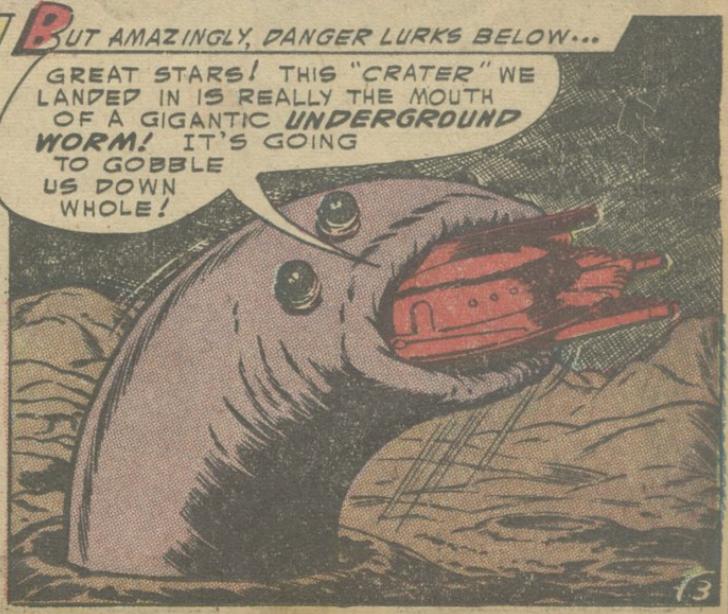 In the Tommy Tomorrow story “The Interplanetary Bank!” from Action Comics #199 (Oct 1954), Tommy needs to solve crimes and so is hired on as a bank employee. On their way to cross the solar system, they dive into a crater on an asteroid and are swallowed by a giant worm, much like the scene from The Empire Strikes Back. They escape the worm by chucking an atomic grenade down its throat, which forces the worm to cough them back out into space.