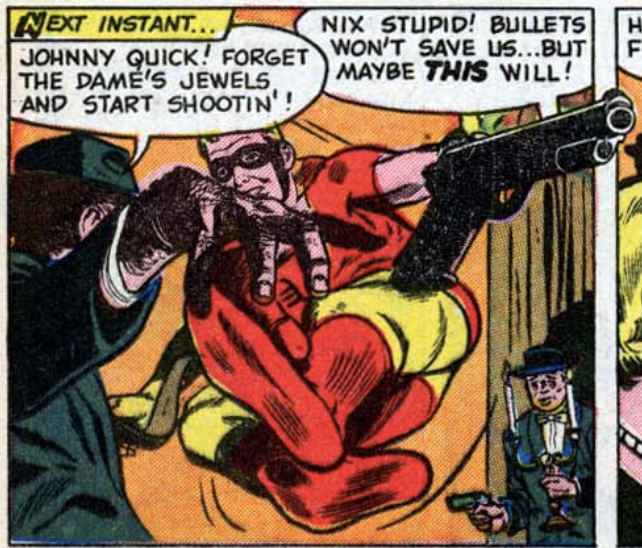 In Adventure Comics #207 (October 1954), Johnny Quick has his last adventure of the 1950s, making him the last Golden Age superhero DC retires in this tail end of the superhero decline.

It’s a forgettable tale (other than force-feeding his sidekick Tubby Watts hamburgers to drown his heartache), but it does mean that DC will be without a speedster for about two years until the new Flash (Barry Allen) makes his appearance and kicks off the Silver Age in 1956.

I’m not sure why Johnny Quick did not survive into the Silver Age when other B-lister superheroes like the Green Arrow and Aquaman did. There’s probably a story there – maybe someone had started to think about reviving the Flash already?