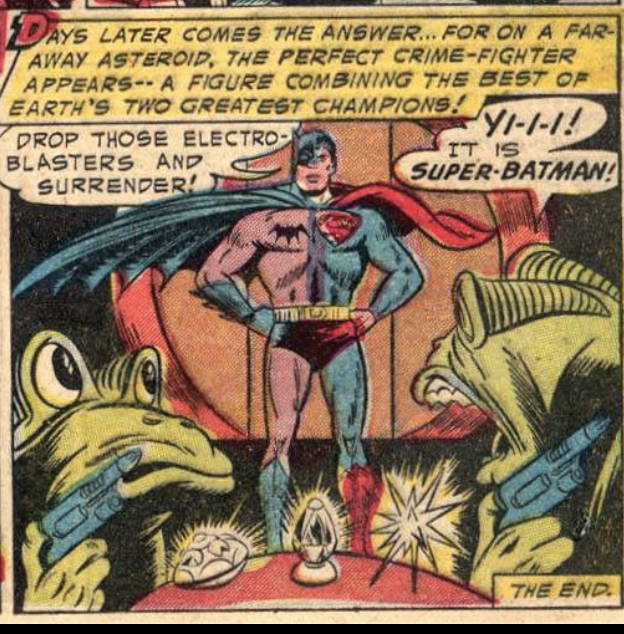 In World’s Finest #74 (Nov 1954), an alien with the abilities to shape-shift and absorb powers lands on Earth and causes a panic. Batman and Robin corner it and find out that the alien is good-natured and wants to be a hero, so takes Batman’s appearance. This leads to a confrontation with Superman.

Which somehow is pretty satisfying. Of course this leads to the playful alien taking Superman’s form and we get a battle of titans:

Ultimately the alien is subdued when Batman realizes it is a child alien and was unaware of the havoc they were causing. When the alien returns to its home planet it takes the shape of a combination of both Superman and Batman, foreshadowing the eventual creation of the Composite Superman ten years later.