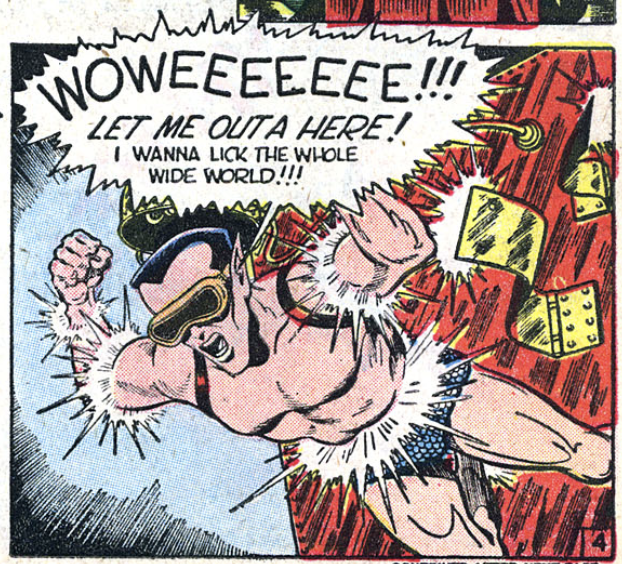 In Sub-Mariner #38 (Nov 1954), Namor is called into the Emperor’s castle underneath Antarctica. In a quick exposition, we are told that the Sub-Mariner used to have incredible powers: super-strength, flight, invulnerability, but that he has lost them over his extended time interacting with land dwellers:

Namor is told that their scientists have discovered how to rejuvenate his powers and strap him to a panel:

CR-RA-A-ACK! And just like that, the Sub-Mariner has regained all his mighty powers:

The Sub-Mariner is then charged to take on the surface dwellers in a one-man battle. Namor kind of hems and haws about this with Betty Dean, foiling some criminals and acts like kind of a dick to Betty.