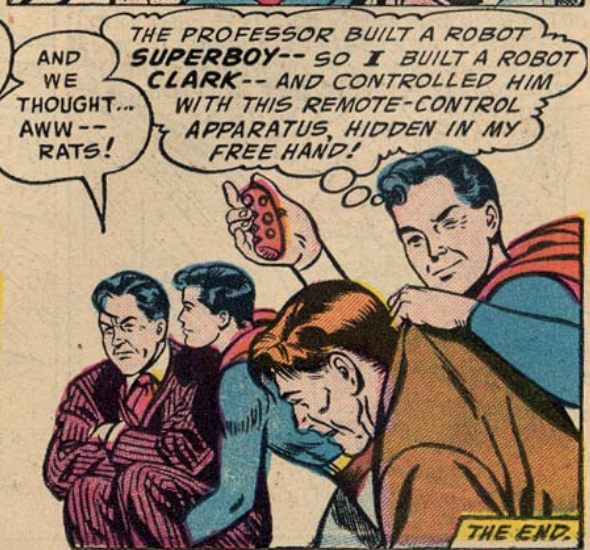 In Adventure Comics #212, Superboy creates a Robot Clark to get him out of a secret identity jam – although this isn’t the first use of a “Clark bot“. The use of “super robots” was frequent throughout the Silver Age.

In the grand scheme of things, the super-robots are kind of just a blip on the Silver Age radar. The development of the Silver Age of Comic Books was complex and took a long time, with well-known characters going through Silver Age evolutions at different times. As I’ve said before, I consider Superboy the first true Silver Age character, followed closely by Superman when he learned about kryptonite and his origins.