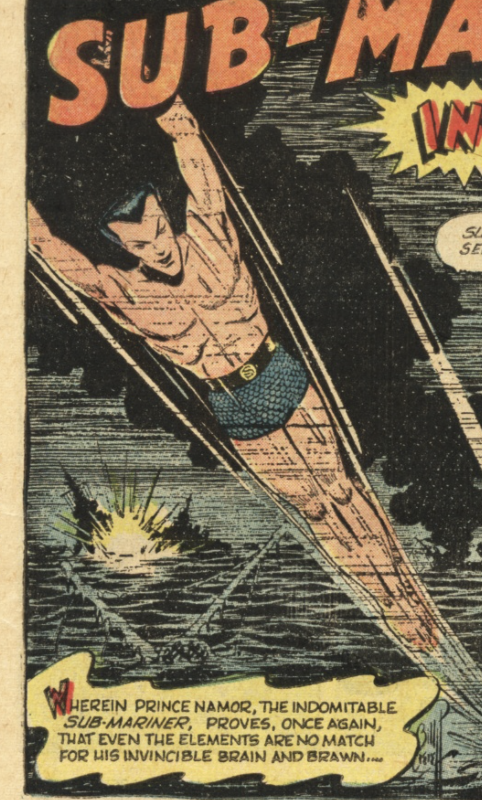 The Sub-Mariner makes his last appearance of the 1950s in Sub-Mariner #42 (July 1955), closing out the last of an attempted resurgence of Marvel (Atlas) characters, just as DC is warming up the engines of its full Silver Age. Atlas Comics gave Sub-Mariner two years, but I guess it wasn’t enough to ignite an interest in these characters – new ones were needed.