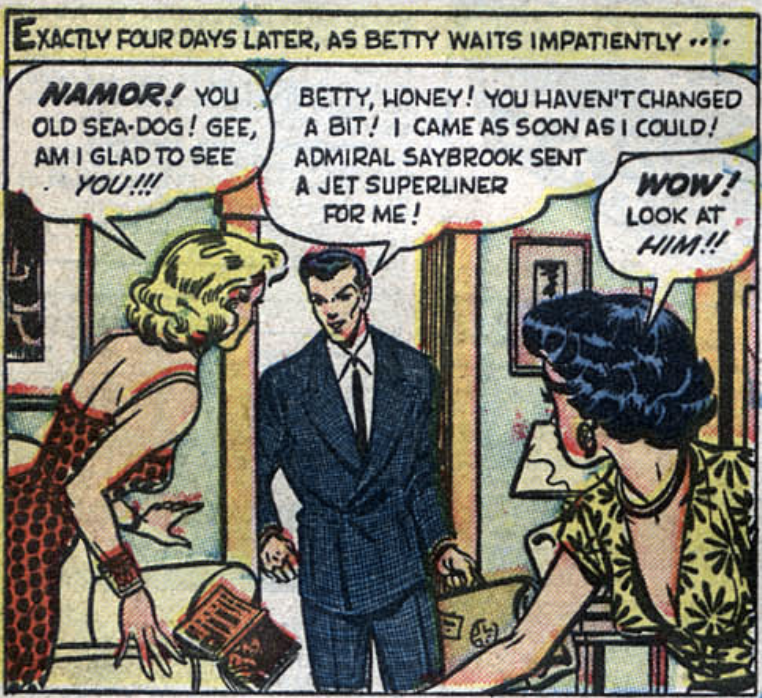 Just like the Human Torch and Captain America, that same issue of Young Men #24 (August 1953) brings Namor, the Submariner, out of retirement. And what has Namor been up to for the last several years? Well according to Betty:

A few years ago he retired – went back to his home at the South Pole, to try and rebuild his lost empire.

Later, during the start of the Marvel Age of comics, Namor is said to have suffered a bout of amnesia and has wandered around Manhattan as a bum for years.