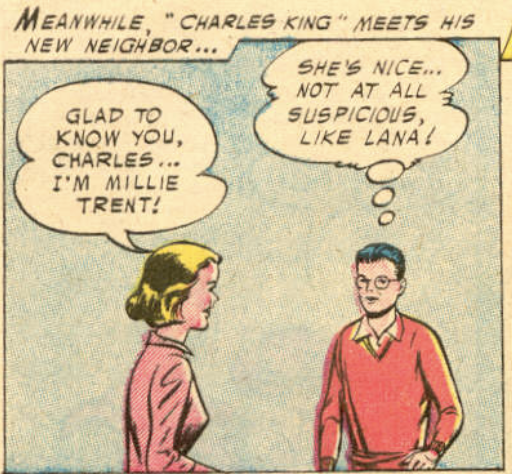 A meteor destroys the Kents home just as they are prepping for a camping trip in Adventure Comics #229 (August 1956). Because there was an eyewitness, the Kents decide to start new identities as the “Kings” in Centerville, with Clark adopting the name Charles King. Typical minor plots like Charles meeting “Millie”, a Lana substitute ensue.

Superboy ends up learning that the eyewitness was actually blind, so he rebuilds the original Kents home and they return from their “camping trip” to Smallville.

The name Charles King made its way into the 90s Lois & Clark TV show as an alternative identity that Clark took on in one episode.