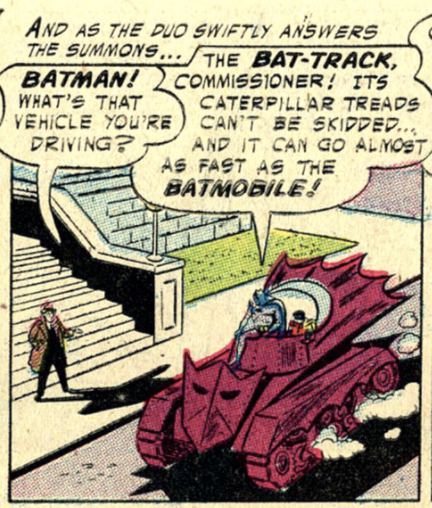 In Detective Comics #236 (August 1956), a criminal scientist is released from prison and starts selling defenses against Batman’s gadgetry. As a result, Batman switches up all their tricks, introducing new vehicles like the above “Bat-Track” tank, an aerodyne, and the like. Of course once the scientist is re-captured, it’s back to the same ol’ bat-shtick.