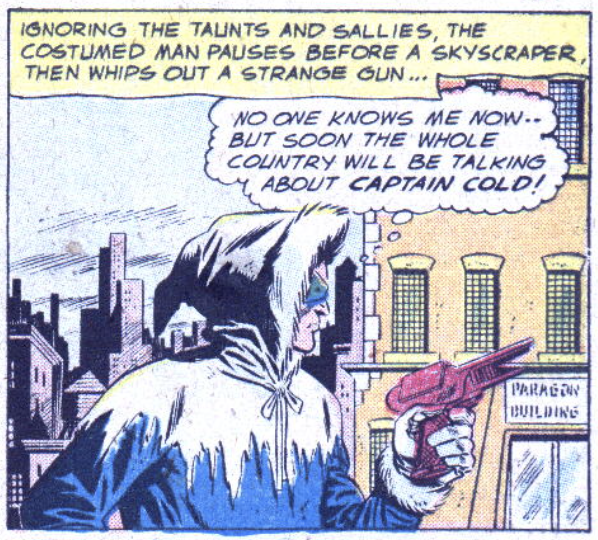 In Showcase #8 (March 1957), the Flash returns and his “rogues gallery” begins with the introduction of Captain Cold. Len Snart, an “ambitious crook”, wants a weapon capable of defeating the Flash. By using a cyclotron, he turns his gun into a cold weapon and after abandoning several names (Mr Arctic, The Cold Wave, Sub-Zero, Human Icicle) he settles on “Captain Cold”, green glasses, and a fur-fringed hood.

The Flash also begins to show off some of his more unique powers starting in this issue with his ability to vibrate so fast that he can deform solid metal.