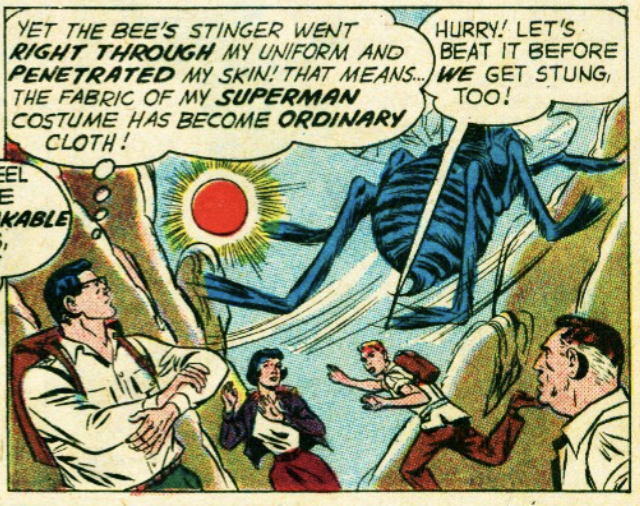 Both of the Superman and Supergirl stories in Action Comics #262 make it suddenly clear that the reason Kryptonians have powers on Earth is not strictly because of the heavier gravity of Krypton, but because Krypton had a red sun and Earth has a yellow one. I haven’t seen this mentioned before.

Clark, Lois, Perry, and Jimmy get transported to another dimension for 48 hours and Clark is without powers. Jimmy uses signal watch and Superman is forced to make an appearance. Then he uses his “ingenuity” to fake super-strength, invulnerability, flying, etc to serve his silly secret identity.

But the motivation for this sudden change in explaining the super-powers could have been because writers realized that Supergirl’s people on the Krypton “chunk” that was thrown away from the planet should have become “super”, but they did not – why? This retcon puts the source of the Kryptonian powers on a yellow sun.